Zirinsky will be the first female head of CBS news, and it's about time. 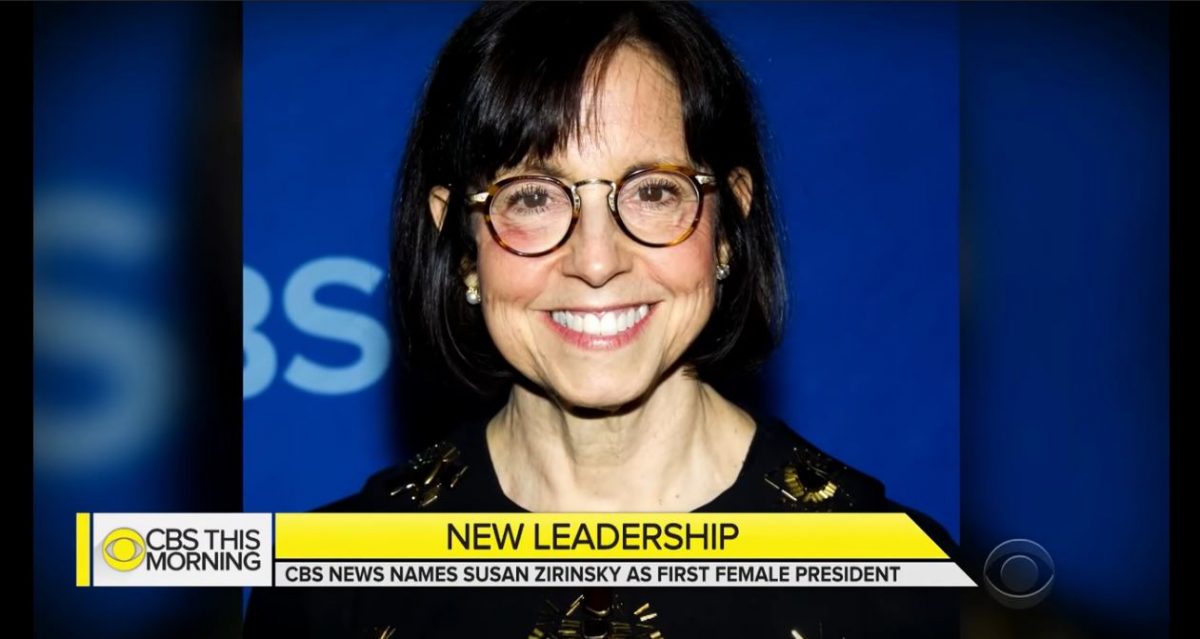 48 Hours executive producer Susan Zirinsky has been tapped as the new president of CBS News, making her the first woman to ever hold the position. Zirinsky, who has led a long and storied career at CBS News, has been with the company since she was 20 years old. David Rhodes, the current CBS News president, issued a statement saying, “The new year is a time for renewal, for new goals. The world we cover is changing, how we cover it is changing — and it’s the right time for me to make a change too.”

Zirinsky is a celebrated veteran news producer whose work has garnered several accolades, including Peabody Awards, Emmys, and the Edward R. Murrow Award for journalism. She was also the inspiration for Holly Hunter’s character Jane Craig in James L. Brooks’ 1987 film Broadcast News and served as a consultant on the film. Hunter was nominated for an Academy Award for Best Actress for the role. Sidebar, if you haven’t seen Broadcast News, stop what you’re doing and watch it immediately.

Zirinsky is taking over at a time of great upheaval and scandal for the network. CBS is still reeling from the fallout of the Les Moonves scandal, which was exposed by Ronan Farrow in a series of New Yorker articles. Moonves was accused of sexual harassment and assault, and was recently denied a $120 million severance package after an internal investigation.

The Moonves scandal not only exposed the veteran CEO, but it shone a light on the pervasive culture of sexual harassment and misogyny that Moonves fostered and protected throughout the network. The Moonves effect had far-reaching consequences, from keeping women-led shows off the air to protecting Jeff Fager, the longtime executive producer of 60 Minutes who was accused of sexual harassment and recently fired.

This kind of behavior doesn’t happen in a vacuum. Moonves and Fager established a sort of trickle-down misogyny and system of abuse designed to protect bad men and punish the women who speak out against them. It’s all too easy to draw a line connecting Moonves and Fager to the sexual harassment claims leveled at Charlie Rose and the noxious harassment from Bull star Michael Weatherly towards Eliza Dushku.

In addition to being abhorrent behavior, this system of harassment and pay-offs is just plain bad business. CBS paid Dushku $9.5 million to settle the Bull situation. Former 60 Minutes producer Don Hewitt sexually assaulted a former employee 20 years ago, who has since been paid off to the tune of $5 million. And those are just the payouts we know about. Who knows how many under-the-table deals the network has made to silence victims of harassment and assault?

Zirinsky’s promotion signals a much-needed social and cultural reboot for the embattled company. She said in statement, “The #MeToo movement isn’t behind us, it’s alongside us in our thinking. There will be a new and more powerful human resources person in the news division that is working on culture change. It’s really important to me to have an environment where there is transparency, where you can talk, where there are reactions based on actions.”

Here’s hoping that Susan Zirinsky will bring a much needed reset to CBS News.