A damning look at the art we lose when predators are in power. 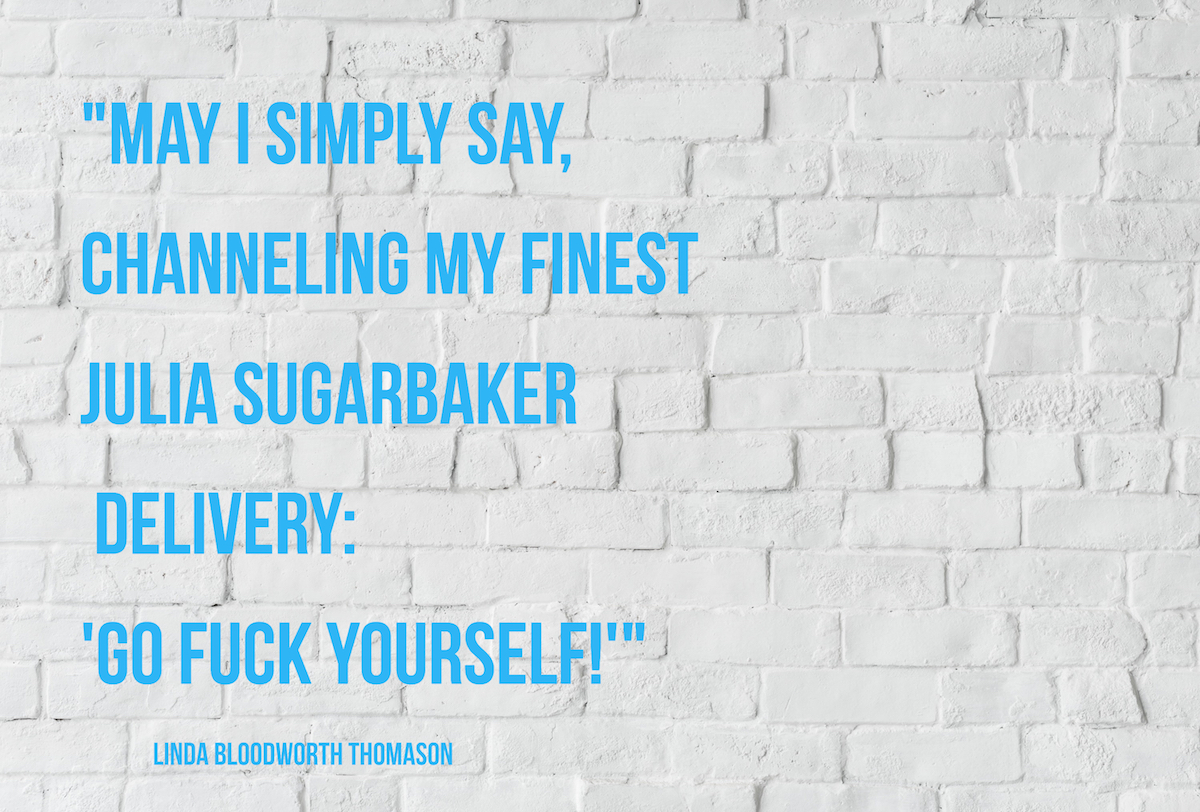 In a guest column for The Hollywood Reporter today, Designing Women creator Linda Bloodworth Thomason discussed her experiences with ousted CBS CEO Les Moonves. Her story was not one of sexual harassment or assault, but of something more insidious and covert: the ability of men in power to silence the artistic voices and careers of women they don’t like.

For those of you too young to remember, Designing Women was a very successful CBS sitcom that centered on the women who ran an interior designing firm in Atlanta called Sugarbaker & Associates. The series ran for seven seasons from 1986-1991, and was nominated for several Emmys and Golden Globes. After the series ended, Bloodworth Thomason was given a massive contract for $50 million to develop new shows for the network, a clear sign that they were invested in her success.

Things were going great for Bloodworth Thomason until 1995 when Les Moonves took over as the president of CBS. She describes Moonves visiting a table read for a pilot she was developing with Illeana Douglas (who was one of the first women to accuse Moonves of sexual assault) saying:

He sat and stared at me throughout the entire reading with eyes that were stunningly cold, as in, “You are so dead.” I had not experienced such a menacing look since Charles Manson tried to stare me down on a daily basis when I was a young reporter covering that trial. As soon as the pilot was completed, Moonves informed me that it would not be picked up. I was at the pinnacle of my career. I would not work again for seven years.

What followed was an all-out campaign from Moonves to ensure that Bloodworth Thomason’s shows never made it to air. Designing Women had a very successful run, especially when it was paired with Murphy Brown, another woman-fronted comedy.

Once Moonves took over, women-led shows were cleared out to make way for the massively successful CSI and similar crime shows with male leads. And despite how well-received her following pilots were, Moonves refused to pick them up.

During that period, because my contract was so valuable, I continued trying to win over Moonves. And he continued turning down every pilot I wrote. Often, if he would catch me in the parking lot, he would make sure to tell me that my script was one of the best he’d read but that he had decided, in the end, not to do it. It always seemed that he enjoyed telling me this. Just enough to keep me in the game. I was told he refused to give my scripts to any of the stars he had under contract. Then, I began to hear from female CBS employees about his mercurial, misogynist behavior, with actresses being ushered in and out of his office. His mantra, I was told, was, “Why would I wanna cast ’em if I don’t wanna fuck ’em?” And he was an angry bully who enjoyed telling people, “I will tear off the top of your head and piss on your brain!”

After years of Moonves squashing every pilot and opportunity for Bloodworth Thomason, she eventually left CBS and her deal to work elsewhere. A massively successful creator and showrunner didn’t work for years due to the misogynistic whims of one man on a power trip.

The article is well worth reading in its entirety, and it reminds us once of again of who the victims are in these scenarios. While a thousand think pieces are written about when and how disgraced men can step back into the limelight, there is little to no focus on the recovery of the victims of these assaults. Furthermore, there is no justice for the countless women who saw their careers and talent extinguished by shitty men in positions of power.