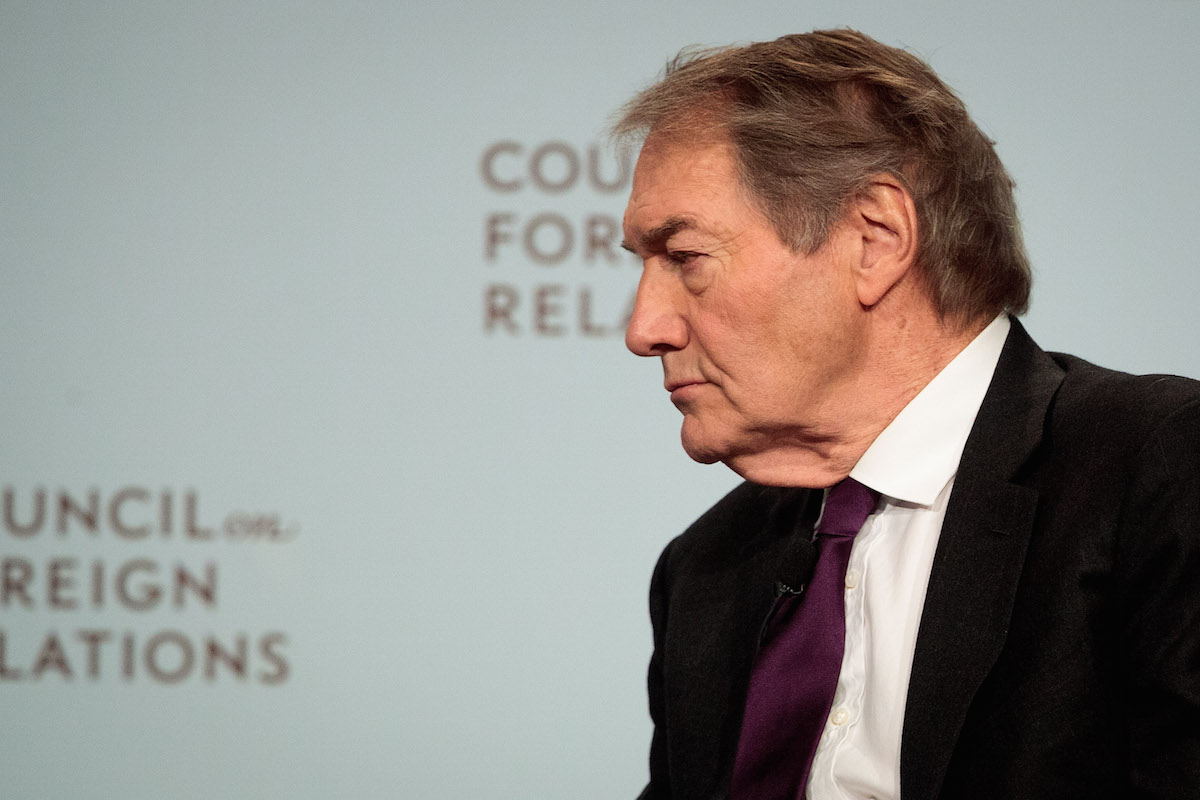 In case you forgot, Charlie Rose was accused by eight women of sexual harassment which took place over a span of 20+ years. The women who have come forward were all employees or aspiring employees of Rose, and the harassment and assault they endured included lewd phone calls, walking around naked in their presence, and groping their breasts, bottoms, and genitals. I wouldn’t think this kind of thing is easy to forget, but it seems that Charlie Rose has forgotten all about it. I can’t think of any other explanation for his belief that anyone would be interested in his hosting a new television show.

Page Six reported yesterday that the former CBS and PBS anchor is pitching around a show in which he’ll interview other men who have faced accusations and public repercussions from the #MeToo movement. So Charlie Rose wants to sit down with men like Louis C.K. and Matt Lauer and talk about … what exactly? How hard this has been for them? How they were wronged? Maybe–maybe–Rose will attempt the “I’ve learned so much, let’s talk about what we’ve all learned and how we’re better men now who def deserve to be on television again” angle. If that’s the case, they should probably 1. Wait more than a few months before trying to convince us all that they’re new men. And 2. Have someone else driving this train, someone who wasn’t publically shamed for abusing women.

From the sound of it, they did (sort of) try the latter. Rose apparently asked journalist/newspaper editor/author/general powerhouse Tina Brown to produce. Brown reportedly wanted nothing to do with the idea, and marveled that, “These guys are already planning their comebacks!”

What part of “Time’s Up” do you assholes not understand https://t.co/7iKdbbRYDG

Also, Rose is reportedly pitching this as a “Netflix show,” but no one at Netflix has heard of it. So either he feels very confident that Netflix will want this, or Rose is all of our collective grandpas who thinks “Netflix” is just a word that means “that stuff on the internet.”

Rose isn’t the only one who thinks it’s time to get back in the public eye, as if the punishment for years, sometimes decades, of abusing their power and harassing or assaulting women, often their own colleagues or employees, amounts to a toddler’s brief timeout. Matt Lauer, Garrison Keillor, and Mario Batali have all talked or had reps talk about “comebacks,” about getting their “train back on track.” The Hollywood Reporter recently had an inexplicable exploration into how Louis C.K. might regain his stature.

Here’s the answer: THEY DON’T. At least not yet. This is the #MeToo version of the endless barrage of sympathetic Trump voter profiles we’ve seen since the 2016 election. High-profile outlets like the New York Times and AP seem obsessed with knowing how rural white folk are feeling right now, but no one (except Samantha Bee) is talking to the people being seriously affected by Trump’s politics.

What about the show where we hear from all the women whose careers were derailed by Charlie Rose & men like him?

…and the women who didn’t pursue the careers they wanted to because of men like Charlie Rose?

…and the women whose lives were destroyed by men like Charlie Rose? https://t.co/eQHKR9h3HC