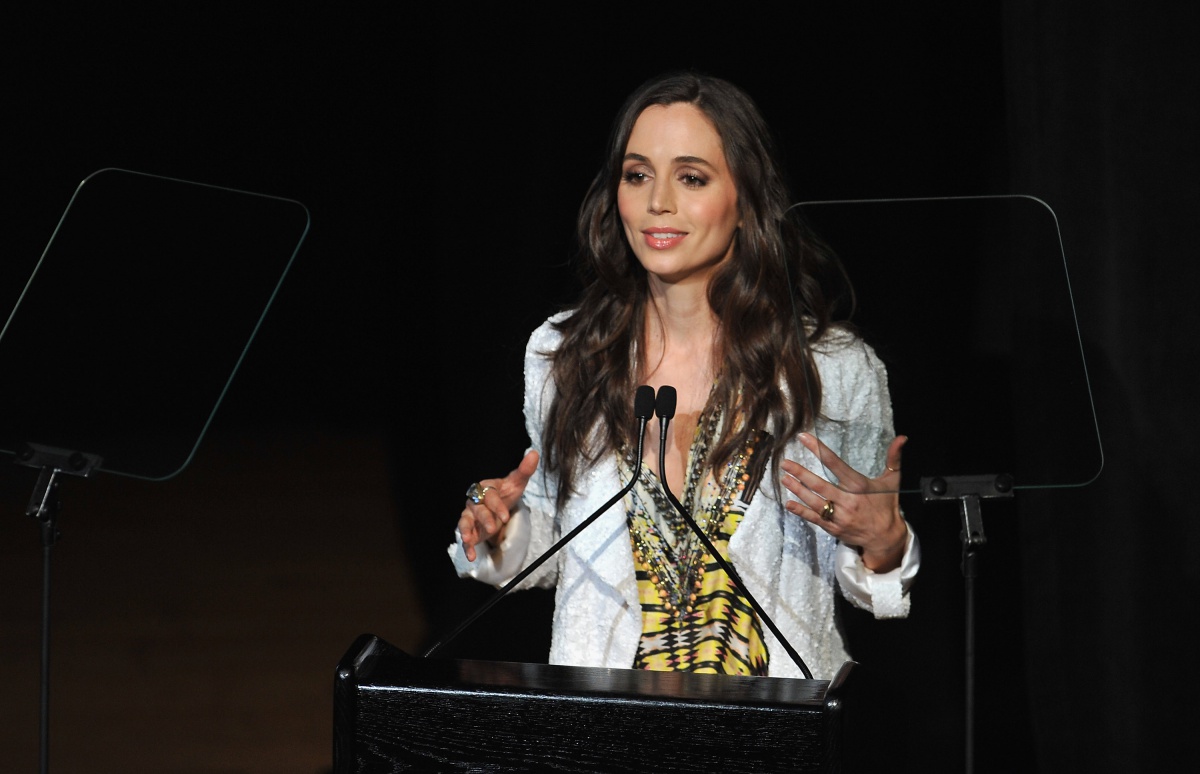 In a report by the New York Times, it appears that CBS paid out a $9.5 million settlement to actress Eliza Dushku because they would rather have written her off a popular show than discipline a male lead. So how did we get here? Let’s go into the men are trash way-way back machine to the year 2017.

According to the Times, in March of 2017, Dushku was brought onto the CBS show Bull which stars NCIS‘s Michael Weatherly, who has been on television for as long as sophomores in high school have been alive. She was brought in as a major role in three episodes of the show and there were allegedly plans to make her a full-time cast member.

Glenn Gordon Caron, a producer and writer on the show, told Dushku that she would be “more than a love interest.” Following her arrival, comments began being made towards Dushku by Weatherly.

After she went through mediation with CBS, the company agreed to a confidential settlement that would pay her $9.5 million, roughly the equivalent of what Ms. Dushku would have earned if she had stayed on as a cast member for four seasons.

In a draft of the investigation report that was reviewed by the Times, the lawyers said “the company’s handling of Ms. Dushku’s complaints was not only misguided, but emblematic of larger problems at CBS. When faced with instances of wrongdoing, the company had a tendency to protect itself, at the expense of victims, the investigators wrote.”

The statement by CBS said the following in response to everything that has been revealed:

“The allegations in Ms. Dushku’s claims are an example that, while we remain committed to a culture defined by a safe, inclusive and respectful workplace, our work is far from done. The settlement of these claims reflects the projected amount that Ms. Dushku would have received for the balance of her contract as a series regular, and was determined in a mutually agreed upon mediation process at the time.”

Weatherly also apologized for his behavior with Dushku in an email statement to the New York Times.

“During the course of taping our show, I made some jokes mocking some lines in the script,” Mr. Weatherly said in the statement. “When Eliza told me that she wasn’t comfortable with my language and attempt at humor, I was mortified to have offended her and immediately apologized. After reflecting on this further, I better understand that what I said was both not funny and not appropriate and I am sorry and regret the pain this caused Eliza.”

What exactly were these attempts at humor?

[…] Weatherly started making comments that left her feeling uncomfortable. “Here comes legs,” he said on a day when Ms. Dushku was wearing a suit, according to the interview notes. On another occasion, Ms. Dushku told investigators, he said in front of the cast and crew that he would bend her over his leg and spank her.

In an interview, Mr. Weatherly said the remark about spanking was meant as a joke. “I ad-libbed a joke, a classic Cary Grant line from ‘Charade’ or ‘Philadelphia Story,’ and that meant not at all that that was an action I wanted to take,” he said.

Yeah, I can’t imagine why those “jokes” just didn’t land with your co-worker. This behavior emboldened some members of the crew to follow Weatherly’s behavior and make comments at Dushku.

Oh and then we forgot the cherry on the top of the sundae of “jokes” a rape van joke.

Then came the shooting of a scene involving a windowless van. With the cameras rolling, in front of the cast and crew, Mr. Weatherly said he would take Ms. Dushku to his “rape van,” which, he added, was filled with phallic objects and lubricant, according to the interview notes.

Mr. Weatherly said the “rape van” line was an attempted joke that misfired. “The scripted line in that scene was, ‘Hey, young lady, step into my windowless van,’” he said. “I didn’t particularly like that line, so I joked, in order to highlight how distasteful the emphasis of the line was, about an ‘r. van,’ a rape van. Which, in retrospect, was not a good idea.”

Yeah … looks like it wasn’t. The Times shows that according to interview notes Dushku went to Caron about these comments and they agreed that she would talk to Weatherly about the comments. So she said that “everyone loves” him on the set and explained how his behavior caused the crew to follow his lead and it was creating a negative environment.

“Mr. Weatherly asked Ms. Dushku who had made the remark and why she did not report it. As Ms. Dushku later told the lawyers, she did not have the sense that there was a ‘safe person you could go to’ with that kind of complaint.” So let’s just reiterate. Dushku felt uncomfortable, went to the producers and then with their blessing, respectfully went to talk to Weatherly about his behavior.

Weatherly’s response: “Mr. Weatherly sent a text to David Stapf, the president of CBS Television Studios, saying that he wanted to talk about Ms. Dushku’s sense of humor. Mr. Stapf replied that Ms. Dushku made the show better, according to the interview notes.”

Your co-worker approaches you and says your comments are making her uncomfortable and are creating an environment that is toxic and your response is that the problem is her sense of humor? Okay, so you are just an asshole. Dushku was afraid that talking about this might get her fired and that is exactly what happened. A few days later she was written off because Caron told her that he “didn’t know how to write” her into the show anymore. Caron denies that this was the reason for the axe.

Despite not coming back and the reality that Dushku felt uncomfortable with his sense of humor, on one of her final days on the show Weatherly insisted that she stay for a champagne toast celebrating the wrap of another season. Since Dushku did not drink and would not be returning, she thought this was a weird thing to do. Except, creep always rises to the surface and during the toast, Weatherly said he needed a “really beautiful woman” to grab a ticket for a raffle.

“Eliza,” he said in front of everyone, according to the interview notes, “we need you, the most beautiful woman, to come grab the raffle ticket.”

Again, Weatherly knows at this point that she does not like him or his jokes, yet he insists on carrying out this bullshit.

Dushku is not a stranger to abusive actions by men. She spoke up earlier this year when she claimed in a Facebook post that she had been molested by a stunt coordinator as a 12-year-old on the set of the 1994 movie True Lies. The stunt coordinator denied the accusations. She also talked about how after playing Faith in Buffy: The Vampire Slayer and its spin-off series Angel she would get very vulgar messages from male inmates. Sadly, she’s had to put up with a lot of foul behavior because of men in her life.

When she considered a lawsuit, Dushku entered into mediation with CBS. “Mark Engstrom, the chief compliance officer at CBS, participated, along with Bettina B. Plevan, a partner at the law firm Proskauer Rose, who was serving as outside counsel for the company,” says the Times.

During the investigation Engstrom handed over video outtakes from the show that he believed would help the company because they showed Dushku cursing on set, but in truth, the outtakes helped Dushku’s case because they “actually captured some of the harassment on film.”

Eight months after the settlement, which was given to her in January, Dushku sat for the interview with the lawyers investigating CBS, finally being able to talk about this:  “You’re all I have at this point,” she told them. “My story is true and it’s really affected me, and I can’t talk about it.”

It is exceptionally tragic that Dushku had to put up with this toxic, sexist and childish behavior from her co-worker and that she felt like speaking out would cost her work. Hopefully, with this considerable payout, Dushku never feels like she has to compromise her piece of mind for work again.