Superman and Wonder Woman are the Biggest Couple in Comics 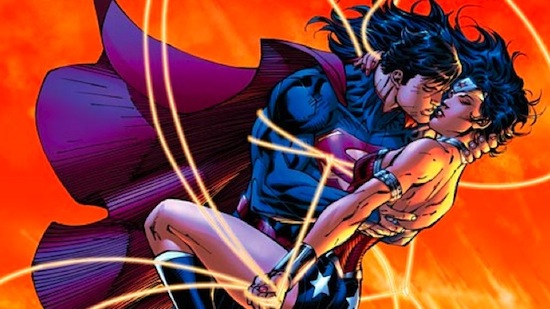 The cover of the issue, Justice League #12, was revealed earlier this week in Entertainment Weekly, showing the couple’s ability to get high around each other. Do you think they’d notice if they flew into a bird, or a plane maybe?

Some of you may be asking; “but where’s Lois Lane?” If you aren’t a modern DC fan, then let’s fill you in: DC recently rebooted their entire comic universe. Dubbed “The New 52,” every modern franchise has been restarted, starting with issue #1. In Superman’s new reality, Clark Kent and Lois Lane aren’t married. She has a new boyfriend now… His name is Jonathan.

According to Justice League writer Geoff Johns, a “possibly tragic” event will occur that hits home for every member of the Justice League, leading Superman and Wonder Woman to rely on each other for comfort. While that may sound like a recipe for a short term flash-in-the-pan kind of romance, Johns insists that the romance between Superman and Wonder Woman will be “the new status quo.”

As a bonus, the first run of Justice League #12 will come with a special edition Justice League tissue, in case things get little too emotional.* We wouldn’t want fans ruining their books, after all. 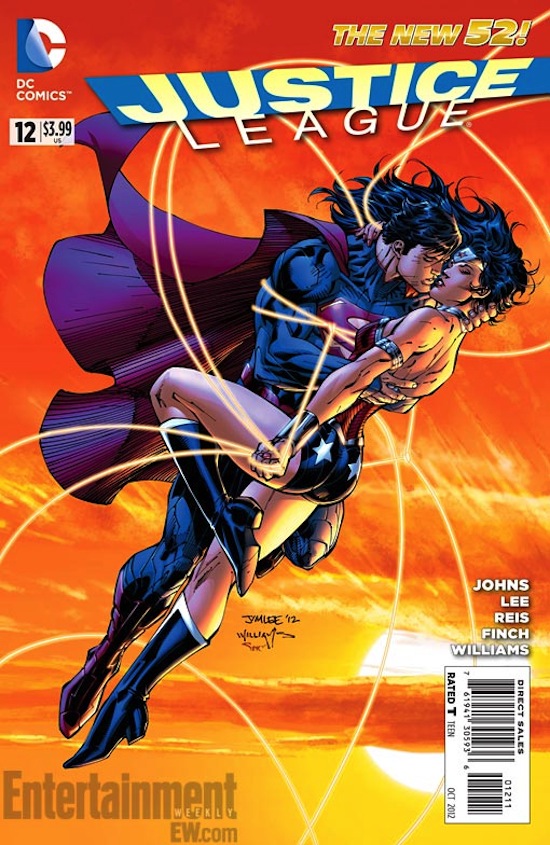 *We’re kidding. There is no special edition tissue. Sorry for getting your hopes up.