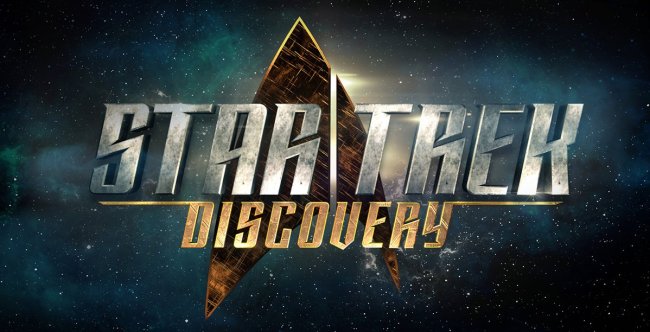 Star Trek: Discovery, the upcoming CBS TV show starring Sonequa Martin-Green of The Walking Dead, was on track to premiere in May of this year. Unfortunately, though, that premiere date has just gotten pushed back… indefinitely. Or, at least, there’s no new announced premiere date on the horizon, according to EW.

Admittedly, the journey towards the May premiere has already been a rocky one, since the show had originally planned to air its first episode in February of this year. That date already got pushed back last September, while the show was still in planning stages. Then, in late October, we learned that Bryan Fuller had stepped down as showrunner. He clarified later that he stepped away from the show to focus on American Gods, and that he was no longer involved with the direction of the show, although it did seem as though some of his original ideas would be used for the final concept of the show. Aaron Harberts and Gretchen Berg have since taken over as showrunners in Fuller’s stead.

According to EW’s reportage, the delay of Star Trek: Discovery isn’t necessarily due to creative troubles, but rather due to the schedule of Walking Dead star Sonequa Martin-Green. Although she’s currently available to film the episodes, the marketing schedule is tricky, since CBS doesn’t want to start marketing her starring role in Star Trek: Discovery until The Walking Dead has completed its current season.

Seems like a bit of a bogus reason to me, but that’s all the information we’ve got, for now. Plus, this statement from CBS today, regarding the delay:

“Production on Star Trek: Discovery begins next week. We love the cast, the scripts and are excited about the world the producers have created. This is an ambitious project; we will be flexible on a launch date if it’s best for the show. We’ve said from the beginning it’s more important to do this right than to do it fast. There is also added flexibility presenting on CBS All Access, which isn’t beholden to seasonal premieres or launch windows.”

EW also revealed another interesting piece of news about the show: Spock’s father, Sarek, will be a “key character” on the show, and apparently, he’ll be played by James Frain, who is well-known for his work on other genre fiction TV shows, including Orphan Black, True Blood, Grimm and Gotham.

Since the cast for the show seems so talented, hopefully that will offset some of the disappointment about the delay. However, it certainly does seem ominous that the show no longer has any set release date at all.

(via TV Line, image via CBS)