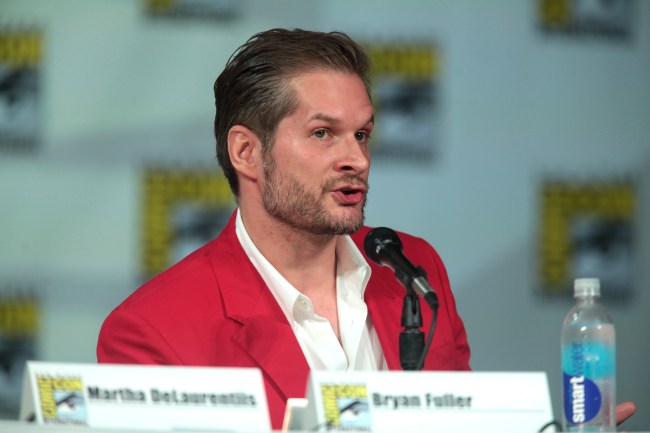 In a disappointing piece of news about Star Trek: Discovery, an upcoming TV series that has an incredible cast list so far and a promising premise, former showrunner Bryan Fuller has officially clarified his lack of involvement with the ongoing production. Fuller had to step away last October in order to focus on the TV adaptation of Neil Gaiman’s book American Gods, which also looks very exciting, by the way.

Last October, though, it sounded as though Fuller would still be tangentially involved with Discovery, since he was keeping an “Executive Producer” title at that time. However, in a recent interview at Newsweek, Fuller said that his commitments to American Gods made it impossible for him to continue to help out Discovery:

“Ultimately, with my responsibilities [elsewhere], I could not do what CBS needed to have done in the time they needed it done for Star Trek. It felt like it was best for me to focus on landing the plane with American Gods and making sure that was delivered in as elegant and sophisticated a fashion as I could possibly do…

“It is bittersweet. But it was just a situation that couldn’t be resolved otherwise…so I had to step away… I’m not involved in production, or postproduction, so I can only give them the material I’ve given them and hope that it is helpful for them. I’m curious to see what they do with it.”

Fuller is still listed as “co-creator” and as “executive producer” for the show on its IMDB page, but as he clarified, that doesn’t mean he’s currently taking part in any of the work involved in making the show happen. However, he obviously did help with laying the groundwork for the show, and he’s still hopeful that if the show gets a second season, he’ll get to come back on the team: “They have my number and if they need me I will absolutely be there for them.” Perhaps this bittersweet story will have a happy ending after all.