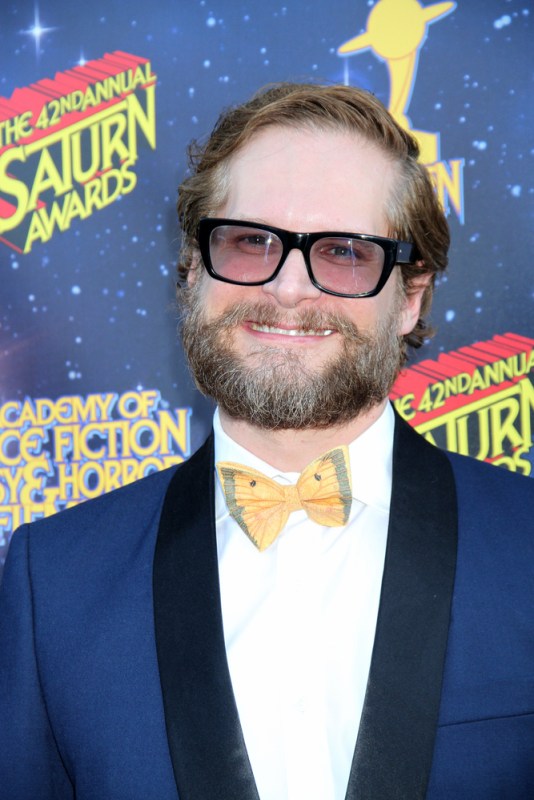 We’ve been really excited for the upcoming Star Trek: Discovery, the first Star Trek series to come to television (well, to CBS All Access, anyway) in over a decade in large part because of the involvement of Hannibal‘s Bryan Fuller, whose seemingly progressive take on the Star Trek universe is something we’re all looking forward to. However, it seems as if Fuller doesn’t have the time to devote to the day-to-day running of the show, and it was announced yesterday that he will be stepping down from the showrunner role.

According to Deadline Hollywood, Fuller will be succeeded by his “seconds in command” in the writers’ room, Gretchen J. Berg and Aaron Harberts, who will be taking over the day-to-day running of the show, while Fuller will remain on board as an Executive Producer. A statement from CBS TV Studios had this to say about Fuller’s contributions, and their commitment to realizing his vision:

“We are extremely happy with the creative direction of Star Trek: Discovery and the strong foundation that Bryan Fuller has helped us create for the series. Due to Bryan’s other projects, he is no longer able to oversee the day-to-day of Star Trek, but he remains an executive producer, and will continue to map out the story arc for the entire season. Alex Kurtzman, co-creator and executive producer, along with Fuller’s producing partners and longtime collaborators, Gretchen Berg & Aaron Harberts, will also continue to oversee the show with the existing writing and producing team. Bryan is a brilliant creative talent and passionate Star Trek fan, who has helped us chart an exciting course for the series. We are all committed to seeing this vision through and look forward to premiering Star Trek: Discovery this coming May 2017.”

Those “other projects,” of course, are his upcoming American Gods show for Starz as well as an Amazing Stories reboot for NBC. Running three shows at once is not an easy thing, so it’s understandable that Fuller might want to spare himself the ulcer.

Meanwhile, Fuller has expressed complete confidence in his successors after the announcement, having worked with them previously on his show Pushing Daisies, and he took to Twitter to express this:

Riker spent 7 years of TNG unready for Captaincy, @GretchenJBerg@AaronHarberts are ready. Thrilled to see them in command of the Bridge.

They will continue to have the same writers as have already been announced, as well as the addition of screenwriting veteran Akiva Goldman. While Berg, Harberts, and Goldman are apparently not the Trek fans Fuller is, they are certainly a qualified writing team, and they all seem to be on board with Fuller’s vision of the show. Meanwhile, Fuller still wrote the pilot, which is basically the blueprint for the series, is currently working on two other episodes, and will continue on as an Executive Producer. His voice will continue to be integral to the show…he just won’t be doing the day-to-day showrunning, which consists of everything from running the writers’ room, to dealing with production and the studio, to hiring and firing cast and crew.

It’s a bummer that Fuller will no longer be showrunner, but it seems as though his creative stamp will continue to be all over it, which has been Discovery‘s huge selling point. Also, I’d be lying if I said that the fact that there’s now a female showrunner on this Star Trek show didn’t excite me just a little bit. I think we could all benefit from having a woman on the bridge, don’t you agree?

(via The Nerdy Bird, image via CarlaVanWagoner/Shutterstock)