Spring has Sprung on the Red Planet 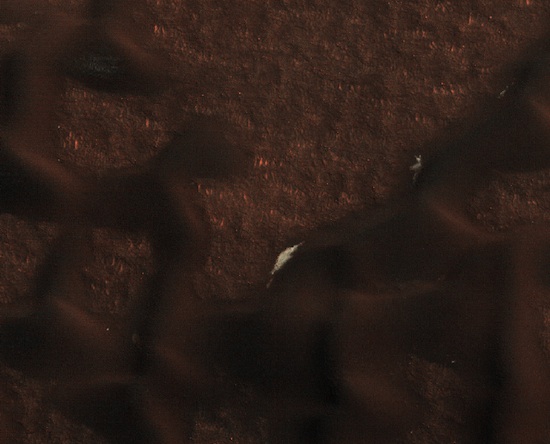 On Earth, the coming of Spring is marked with singing birds, bright sun, and the culmination of the college basketball season. On Mars, things are a little quieter. These dunes in the northern polar regions have only a few specks of white ice clinging to them as they warm up in a late Martian spring. Captured by the HiRISE camera aboard the Mars Reconnaissance Orbiter a few days ago, its a rare and mesmeric look at the changing seasons on the red planet.

See the full version of the image here. Be warned; it’s a doozy.