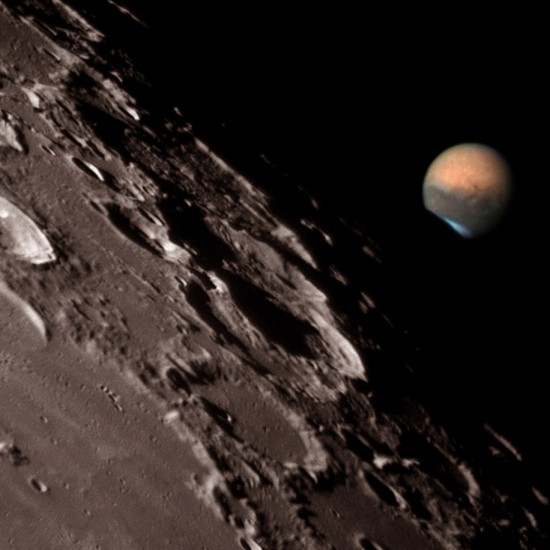 The President’s draft of NASA’s budget was released this morning, with cuts to some of the administration’s deep space exploration plans to Mars and the outer planets. The cuts come as Washington faces one of the most economically difficult times in recent memory, which have hit NASA particularly hard leaving the agency with the smallest budget in four years. Thankfully, it’s not all bad news.

In the 2013 budget, NASA is looking at a grand total of $17.71 billion to work with. Of that, $200 million is going to increase the existing budget for manned misions — including a new heavy lift launch architecture. Additionally, the long-delayed James Webb telescope — which will replace the Hubble space telescope — got $627.6 million to continue development.

However, there were a lot of big losers this time around. The largest cuts of all came in the area of planetary science, which lost some $309 million from last year. As has been reported prior to the budget’s release, this means that the agency will not be able to back joint robotic Mars missions with the European Space Agency slated for 2016 and 2018. Additionally, missions to the moons of Jupiter and to Uranus are off the table for the moment.

This budget reflects increased pressure on the space agency to focus on deep space manned missions and pure science projects. Continuing to fund the James Webb telescope will eventually give scientists an unprecedented view of the universe, which seems to have outweighed the gains from joint Mars missions. The increase in the manned mission budget reflect a continued emphasis on projects like the Orion crew vehicle and eventual missions to asteroids and — perhaps one day — the red planet itself.

It’s important to keep in mind that these numbers are not the end of the story. These come from the President’s version of the budget, which must still be debated and approved by Congress. Given the current political climate in Washington, it’s entirely possible that the end result will be different from what we’re seeing here. Meanwhile, we’ll have to wait and see what vision finally emerges for NASA.

(via Wired, image via NASA)