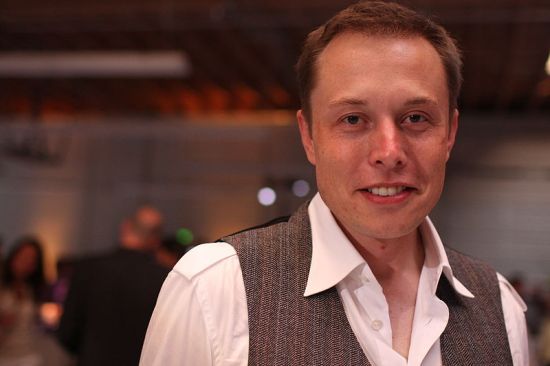 SpaceX’s Elon Musk is extremely passionate about space travel, and especially so about Mars. It’s no secret that he aspires to make SpaceX’s Dragon capsule the first commercial vessel to land on the red planet. However, in an interview with the BBC he claimed that not only could he do it, but that it would only cost a passenger $500,000. While Musk acknowledges that the price tag is immaterial — and conjectural — he did hint at big news coming soon.

When speaking to the BBC, Musk said that key to SpaceX’s budget-rate plan to get to Mars was reusability and refueling.

“My vision is for a fully reusable rocket transport system between Earth and Mars that is able to re-fuel on Mars – this is very important – so you don’t have to carry the return fuel when you go there,” he said.

“The whole system [must be] reusable – nothing is thrown away. That’s very important because then you’re just down to the cost of the propellant.

“We will probably unveil the overall strategy later this year in a little more detail, but I’m quite confident that it could work and that ultimately we could offer a round trip to Mars that the average person could afford – let’s say the average person after they’ve made some savings.”

In previous announcements, Musk has already revealed SpaceX’s intention to create a fully reusable self-landing launch system. However, in this interview he also spoke about the importance of the Falcon Heavy — the heavy lift variant of SpaceX’s family of rockets.

Taken all together, a picture of what SpaceX may soon be announcing begins to shape. It sounds like Musk is not only planning for a two-stage reusable rocket, but to bring that technology to much larger rockets like the Falcon Heavy. His statements about refueling on Mars are particularly tantilizing. While it’s nice to think that SpaceX has plans to build a gas station on the red planet, it seems far more likely that he’s going to propose some kind of in-space refueling scheme.

If that’s the case, a super-cheap SpaceX mission to Mars would begin with the crew vehicle launching atop a large, reusable rocket system. It would cruise to Mars, probably with some kind of larger crew compartment for the ride. Meanwhile, a second rocket blasts off sending a module packed with fuel and supplies on a longer trajectory to Mars. After the crewed mission is complete and about to head home, it meets up with the second unmanned craft and restocks.

While this is just my personal conjecture, it’s not without precedent. For instance, NASA has already begun to recognize the importance of space-bound fuel depots as a way to cut costs by lowering the weight that needs to be blasted off from Earth. In their 2013 budget projections, the space agency made development of “Cryogenic Propellant Storage and Transfer” a priority. From the NASA budgetary document:

The Cryogenic Propellant Storage and Transfer demonstration mission will conduct ground tests of the critical technologies required to enable long-term storage and handling of cryogenic fluids in space in preparation for a flight demonstration.

A NASA webpage on the project — which may be outdated — mentions a 2016 timeframe for the launch of a demonstrator project.

We’ll have to wait for Musk and his team at SpaceX to announce how they plan to get to Mars on the cheap, but it’s clear that despite some hiccups in the SpaceX mission to the International Space Station, Musk is still dreaming big.