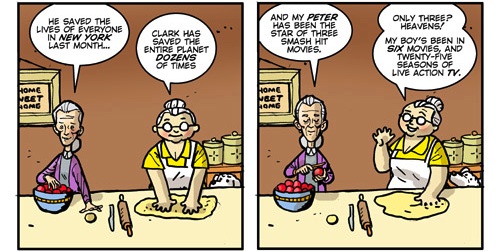 The Marvel vs. DC debate rages in a new way, between two gray haired old ladies, and then gets violent.

As it was meant to be.