Stan Lee is a scientific pioneer. 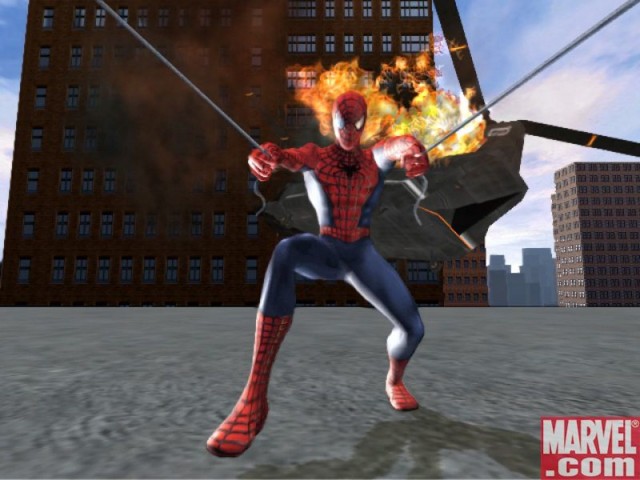 He does everything a spider can! Not to be outdone, spiders can do almost everything a Spider-Man can—including slingshotting themselves by stretching their webs way back. Don’t worry; the ones who do this are pretty small and not too scary… for being spiders. To bugs and especially mosquitos, though, they’re tiny, super fast balls of webbed death.

For those of you who thought spiders were scary enough without hurling themselves through the air, you can at least take comfort in the fact that they stay attached to their web when they do it. We don’t exactly have to worry about flying spiders, which is great, because that means we can still leave our houses.

For mosquitos, though, they’re pretty dangerous. Mosquitos usually fly with their legs stretched out wide enough to detect a spider’s web before their wings get caught. That is, until that web comes shooting towards them at ridiculous speeds. Here, take a look:

OK, Stan Lee. You win this round. We’ll stop with the jokes about Spider-Man’s rampant use of his web-catapult tactics. We’re too busy trying not to imagine what it would feel like to get hit in the face with a spider slingshot now, anyway.

(via Wired, image via Marvel)