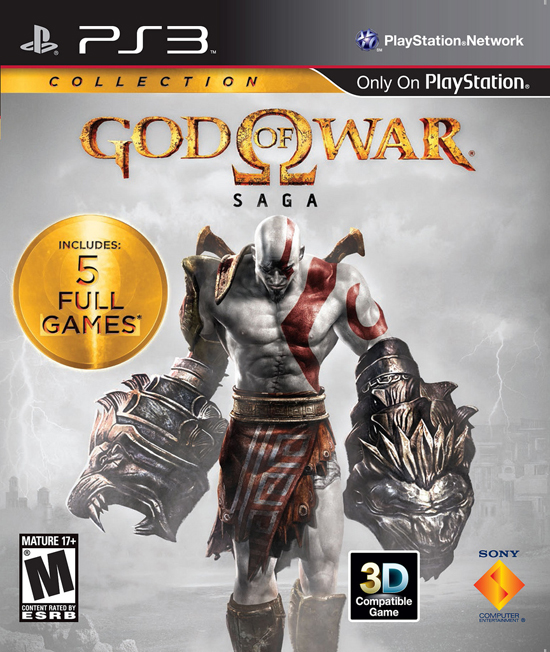 Sony had previously announced a Ratchet & Clank Collection — a remastered version of the original three PlayStation 2 titles — for the PlayStation 3 would be hitting store shelves on August 28th of this year. As it turns out, this wasn’t the only card Sony had up their sleeve. The company has revealed in a post on their blog that August 28th will actually see the release of their Collections line as a whole. God of War Saga and inFAMOUS Collection will be making their debut on the same day.

God of War Saga includes the three numbered titles combined with the God of War: Origins Collection. Essentially, it is a collection collection. inFAMOUS Collection will have both inFAMOUS and inFAMOUS 2 as well as the second game’s Festival of Blood downloadable content. All three Collections titles are updated versions of the original games, supposedly packed with a few extras, and start at $29.99 a pop.

It’s important to keep in mind that the Collections line, as it’s been announced, are all titles with close development ties to Sony. As heartbreaking as it might be to hear this, Valkyria Chronicles probably won’t ever be included. Given that Kingdom Hearts has yet to appear on a Microsoft console, though, there may yet be hope. For now, you’ll have to settle for playing a number of video games on their original console or handheld rather than enjoy them in glorious high-definition video.