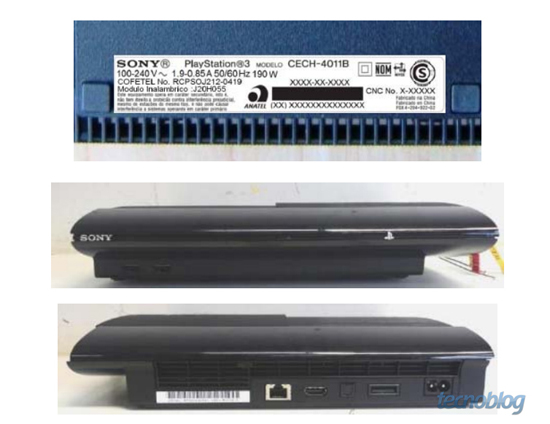 Recent filings with the Federal Communications Commission alerted hawk-eyed watchers to the existence of a new model of PlayStation 3: The “CECH-4001X.” Up until now, however, it wasn’t known exactly what kind of changes Sony would include in this new model. That’s where Anatel, which is effectively the Brazilian version of the FCC, comes into play. Their own documents apparently included a series of images purported to be of this fantastical new design.

And it’s supposedly an even slimmer redesign from the original PS3 Slim, which corresponded to the CECH-300X model numbers. The images seem to confirm loading from the top rather than the front, which is exactly the method previously used in the PS2 Slim, and a letter from Sony states that the models provided are all similar save their sizes: 16GB, 250GB, and 500GB. 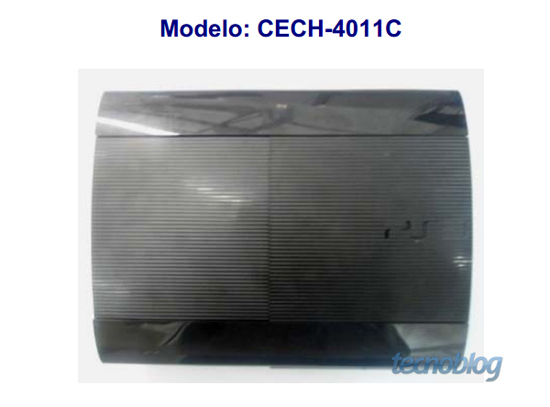 If this turns out to be true and even then the 16GB doesn’t turn out to be a typo, it could mean that Sony is looking to compete with Microsoft on the lowest end of things. Theoretically, the 16GB could be offered for as cheap as $99 in order to provide an alternative to the $99 Xbox 360 subscription plan. Of course, all of this is to be taken with a grain of salt. Until less, shall we say, blurry images surface or Sony confirms the existence of this particular redesign, it’s all just speculation. It certainly wouldn’t be the first time that someone cobbled together something that looked like a major design shift on their own.

But it does look awfully promising at this point. If Sony can push this before Christmas, they might sweep the seasonal sales with what is arguably a more powerful machine for the same price.