This Slender Man Music Video’s Both Horrifying and Strangely Adorable 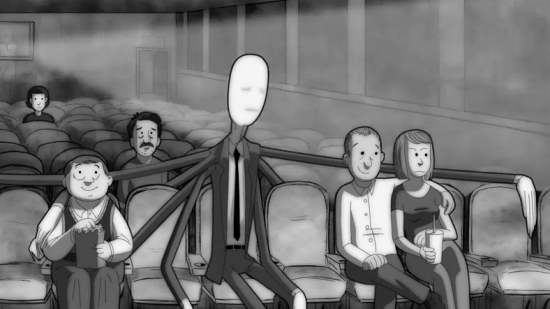 Slender Man is one of those things that’s crawled up from the underbelly of the Internet back in 2009 to make its mark on popular culture. When the games featuring the creepy creation began to crop up, it was only a matter of time before the mainstream took hold. There have been countless videos and stories shared about Slender Man, but this particular music video from the folks at Fox’s Animation Domination HD takes the cake for being both soothing and terrifying.

Titled “Sympathy for Slender Man” the video follows the titular character as he wanders around in an attempt to make friends. He’s got so many arms but nobody to hold, for example. The entire song comes off as an offbeat parody until, suddenly, things are serious and it’s no longer a laughing matter.

Seriously. If it’s a bit too saccharine for you at first, just wait it out to the end. You won’t be disappointed.