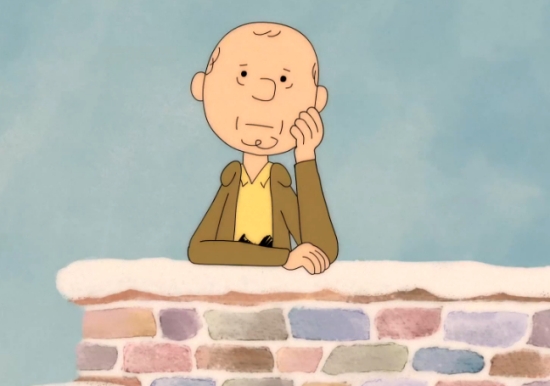 If there’s one thing missing from the Charlie Brown specials that continue to air, it’s the fact that old Chuck should have probably grown up by now. It’s pretty common for characters in comic strips to stay the same age for, well, forever, but it’d be nice to see our favorites all grown up. Thankfully, the fine folks at Animation Domination HD have gone and created a version where Charlie Brown is essentially Louis C.K. returning to his hometown after years in the city.

The whole gang’s here, minus those that have obviously passed on. We’d happily watch an entire season full of this kind of comedy. Something’s going to have to hold us over until the next season of Louie actually happens. That said, the Linus bit is perhaps the saddest, most horrifying bit of animation we’ve seen in a long time, and yet it poignantly points out a legitimate outcome.

So, yeah, it actually does feel like a Louis C.K. cartoon. That alone is both impressive and depressing.