100 portraits of women whose actions inspire. 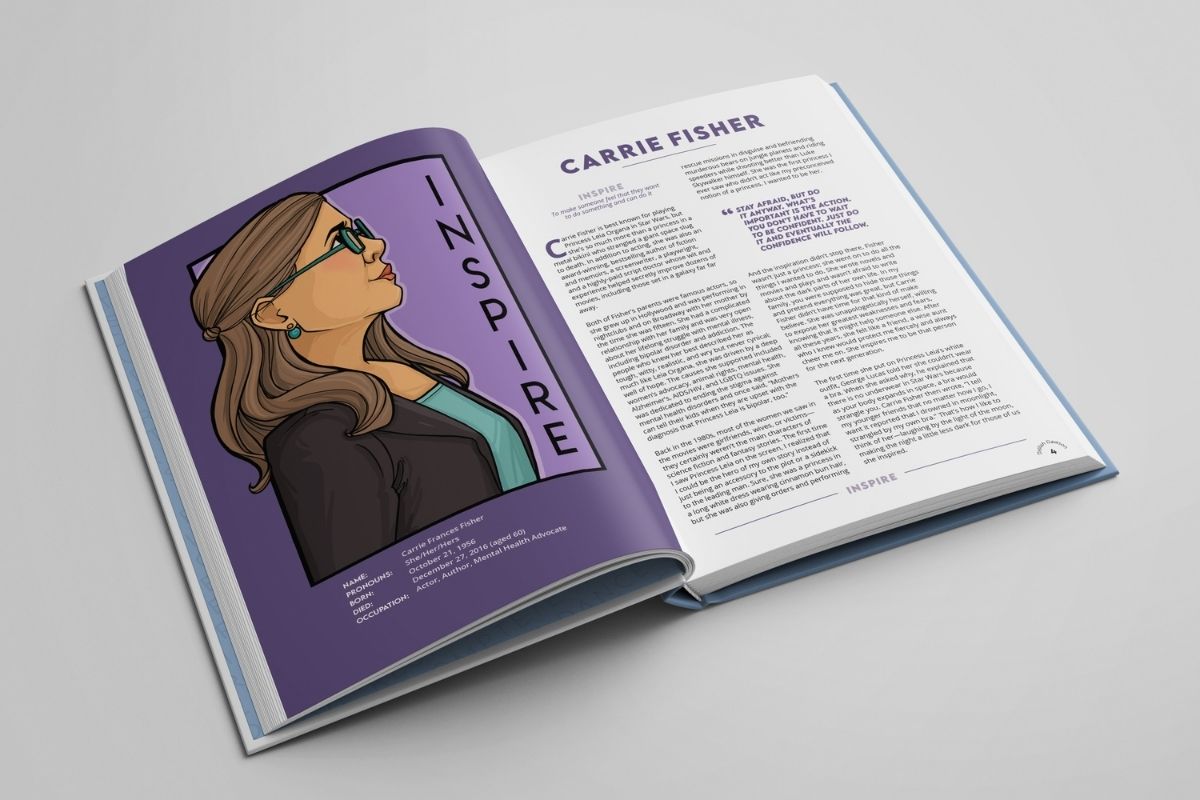 Karen Hallion and her work on The She Series portraits have been a staple in my life for years. Anytime a big convention would come around, I’d make my way to her booth because it was almost always guaranteed that she would have new portraits of badass women in history, and with the way that things have been going on this past year or so, I’ve transitioned over to her Etsy shop to get the latest when it comes to these women who have changed the course of history.

So, when I heard that she was transforming this series into a book via Kickstarter, I was over the Moon. Now, more women, girls, and folks across the gender spectrum could enjoy her portraits in a new and fun way. I became even more excited when I was given the opportunity to write a couple of essays based on some of the women who have inspired me as a Latina and as a woman.

This @kickstarter is now live! I’m so excited to share this project with everyone, and LOOK AT THESE AUTHORS 😍https://t.co/57BtfdtsYy pic.twitter.com/cohJDucyqe

According to The She Series Kickstarter, this journey started 3 years ago, when Karen was scribbling away on a whiteboard full of ideas. She knew that she wanted to do some sort of “strong woman series,” but she wasn’t sure what direction she wanted to go in that would celebrate women. Then, the first portrait happened. Karen drew Princess Leia from Star Wars, but it wasn’t just a simple portrait, either. Princess Leia was turned to the side, her determined profile a sight to behold, and the word “Rebel” written in front of her. And Karen didn’t stop there.

Karen went on to do portraits for Anne of Green Gables (Imagine), Shuri from Black Panther (Innovate), Moana (Explore), and even Agent Scully from The X-Files (Question.) And what was once a focus only on fictional women took a turn when she started getting requests for real-life women like Carrie Fisher, Dolly Parton, Dolores Huerta, Elizabeth Warren, Florence Nightingale, Frances Harper, and so many other inspirational women across history. But that wasn’t enough for this talented creator. 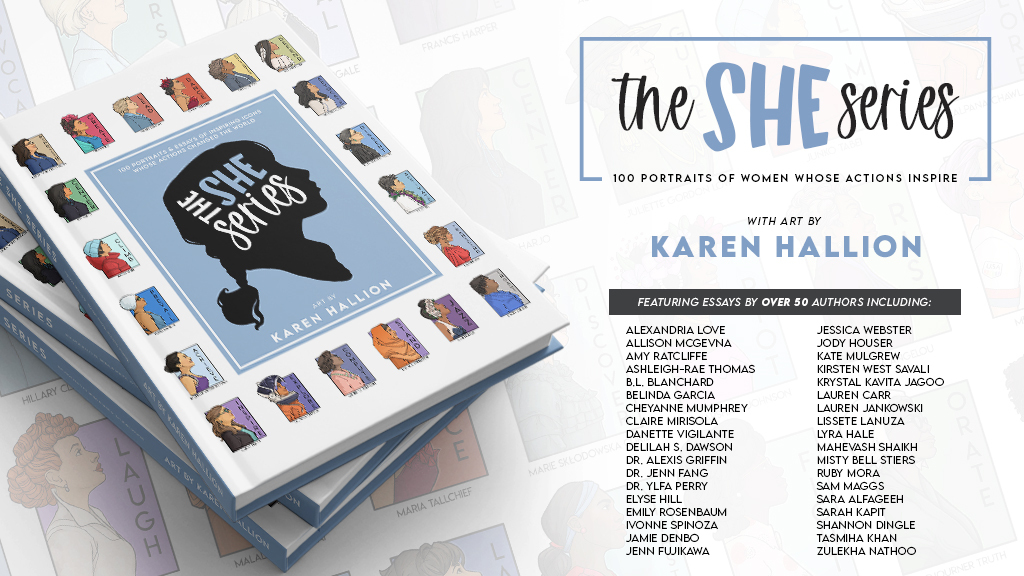 That’s where The She Series book comes in. Featuring 100 inspirational icons in the She Series style, this book will have an essay per portrait with a set of biographical facts to match. It’s geared towards middle-grade readers and up, but that doesn’t mean others won’t enjoy The She Series book, especially when you take into consideration the wide range of talent that has joined her to bring these women and their experiences to life.

The book isn’t the only thing that you can get from backing the Kickstarter. There are stickers, pins, digital coloring pages of the portraits, and a one-of-a-kind poster featuring the 100 portraits from the book. And the further along that they get when it comes to their goal of $75,000 (which they’ve already surpassed), the closer Karen Hallion and her team get to unlocking other rewards for fans. Some of those rewards/perks are making the book hardcover, including a book jacket, adding more portraits, and donating to charity. 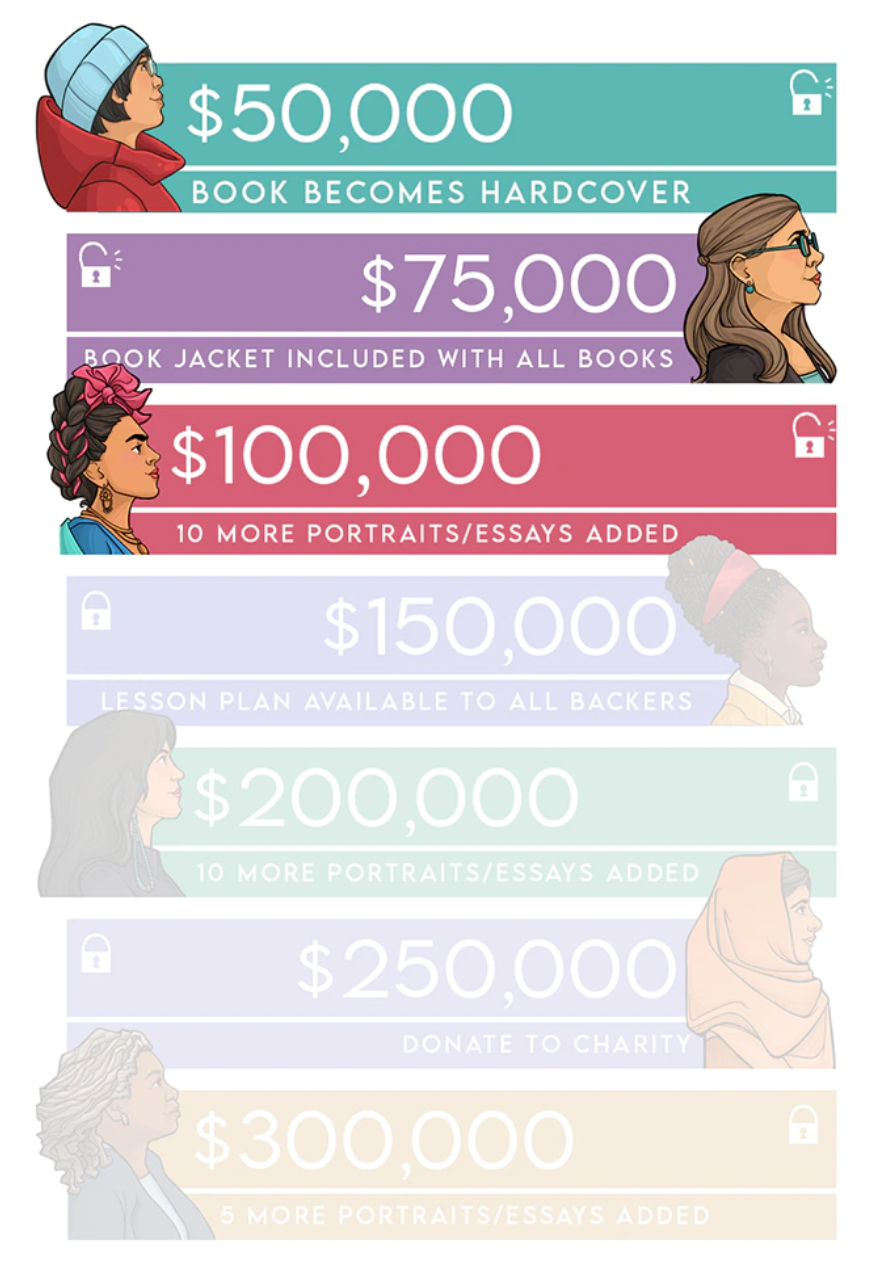 Ultimately, The She Series is a collaborative effort between creator and a vast multitude of writers from all walks of life who love Karen Hallion’s work and mission. Plus, who wouldn’t want to celebrate iconic women that changed the lives of many?

The She Series Kickstarter is now live HERE.

Disclosure: Lyra Hale’s writing is featured in The She Series, and she may receive compensation from the Kickstarter proceeds.