Anne with an E Is the Anti-Nostalgia Adaptation 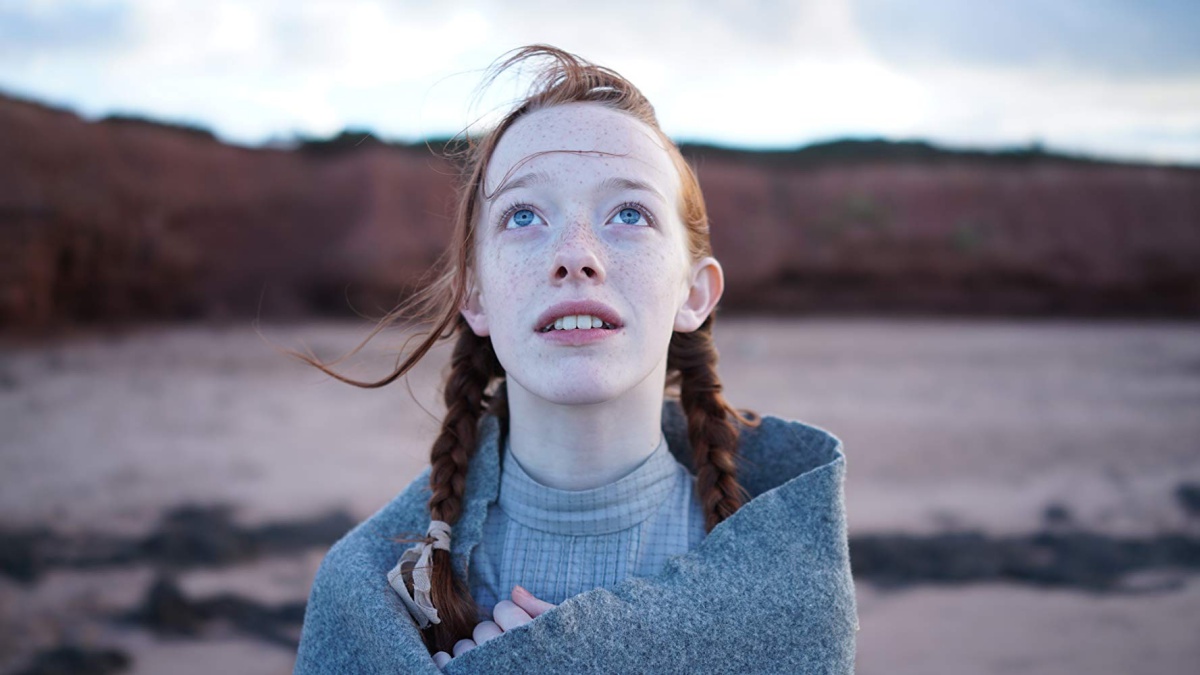 My reward for watching Insatiable for work was to finally watch the Netflix series Anne with an E or Anne as it is called in Canada. I didn’t watch the series because I wanted to re-read the book first, but I decided it would be better to just watch the show for what it is, and what it is … is perfection.

Unless you’ve been following me on Twitter you may not know the degree to which I fuck with Anne of Green Gables, but I love those books and if Anne Shirley was a real person, she’d probably be my first best friend. Anne/Gilbert was the first couple I ever shipped and the 80s mini-series starring Megan Follows is one of the most amazing works of adaptation. Everyone is cast perfectly.

Yet, Anne with an E is entirely its own thing. An adaptation of the books, but also an exploration of the world of Avonlea without a nostalgia interpretation of the past. As Anne would say, it provides scope for the imagination. Anne with an E takes time to unpack the trauma and loneliness that comes with growing up in terrible orphanages and being in an abusive foster system. It doesn’t dampen Anne’s spirit, but it colors her youth with a loss of innocence when it comes to things like sex and general ways to communicate. Anne’s awkwardness is written well because to suddenly be transported into a “normal” place shows the contrast of what she experienced.

Anne herself is also written to be a nuanced person. Yes, she has retained the optimism and imagination of the books, but they also don’t shy away from her stubbornness and how her impulses can also hinder her own development. She’s prideful, which is also a thing in the books, and she can be a little short-sighted when it comes to picking conflicts.

Also different is how the show explores elements like queerness (Miss Josephine Barry, Diana’s aunt is a lesbian, and season two introduces a second gay character in Anne’s circle; both of these characters are warmly embraced and accepted by Anne), suicidal thoughts, depression, sexual abuse, poverty, death, and the harshness of city life in comparison to the country. Feminism is brought up in the form of the “progressive mothers” group, but also commented on in its lack of intersectionality when it comes to class.

There are some who think that this “woke” adaptation of Anne of Green Gables is a mistake—there is a review in Paste by Amy Glynn that I will admit, I strongly disagree with. Glynn says: “Despite some wonderful visual sensibilities and a super-solid cast, Anne with an E remains an object lesson in what not to do to a classic YA series.” She even is critical of the show’s handling of diversity:

Never mind that Canada was 100% part of the British Empire, which included enormous swaths of Africa, Asia, and the Caribbean, and that while Prince Edward Island was a tiny and relatively insular enclave, it’s awfully specious (and not a little patronizing) to assume 99% of people would be scandalized, horrified and enraged by the presence of a black man in town.

Spoken like someone who has never been a non-white person in a hyper-white space. Marilla, in the book, and Rachel in the show, talks about not wanting an Arab child in the very beginning.

However, I also spoke to a black friend of mine who called the show “woke Anne of Green Gables” and commented that sometimes it is “too much” even though she does like it, so I can not dismiss this as something that only one demographic of person would criticize.

In fact, when the show first came out, my concern was that it would remove so much of what I liked of the source material that I couldn’t love it anymore, but I realized soon that this version of Anne is using the source material to tell new stories and I’m okay with that.

Especially when that decision means adding more people of color and queer identity into the show. That may not be for everyone, but as I said when news about the Little Women movie came out, if we are going to say that we want more inclusion then that means not making every period piece a carbon copy of its source material.

Anne of Green Gables as created by L. M. Montgomery will always exist. It will always be a series that many people start, but very few ever made it all the way to book eight; the existence of the books’ canon doesn’t mean it can’t evolve. It would be silly for the show to remake Canada’s most popular book series and just do what has been done before. Anne with an E wants to tell the stories between all the wish-fulfillment and that’s a good thing.

Anne with an E is filled with imagination—it just doesn’t feel it needs to be reverent to the past in order to tell a narrative, and dismissing it as just “woke” reduces the work the showrunner is doing to bring Anne Shirley to life in 2018. Series creator Moira Walley-Beckett said this to IndieWire about the choices in her adaptation:

“I am just so proud to be a part of something that can offer this to people and I hope to all the kids too who are struggling with their gender [and sexual] identity, who may not have the empathy or understanding around them that they need,” she said, “that they see that it’s possible to have it if they find the community, they see that it’s possible to find safe haven.”