How Princess Leia Changed My Life | The Mary Sue

How Princess Leia Changed My Life 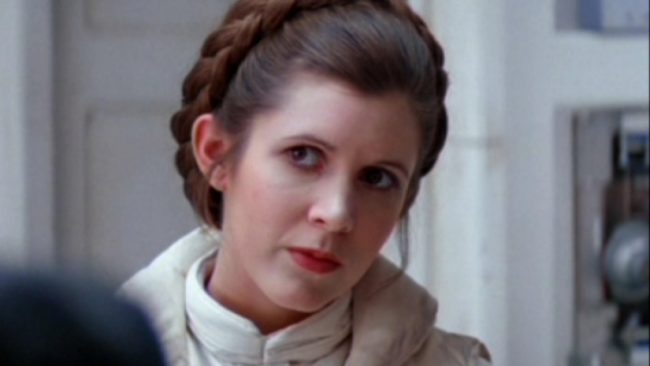 Every time I go on tour for a new Princess Diaries book, I get asked the same question (especially on local morning news casts):

“Shouldn’t we be raising our daughters to be strong, independent women? Aren’t princesses bad role models?”

I’m not tired of this question at all though, because every time it’s asked, I get to talk about my favorite fictional character: Princess Leia Organa.

I was ten when I met her.

There was just something about the way that gritty, smart-mouthed, dirty-dressed princess exploded onto the big screen, blasting her laser pistol and complaining about the incompetence of her rescue that really got to me.

And if I’m honest, I know what it was: Even before we knew Darth Vader was her dad (and let’s face it, even George Lucas didn’t know at that point that Darth Vader was Princess Leia’s dad), he was treating her really unfairly. She was on a diplomatic mission for God’s sake (ha, okay, not really), but he not only threw her in a cell and tortured her (I was never really sure what happened in that cell until I read Alan Dean Foster’s excellent Splinter of the Mind’s Eye, and learned about post-traumatic stress for the first time), he blew up her HOME PLANET.

But it didn’t matter, because later, she got revenge.

As soon as the movie was over, I went out and spent all of my allowance on Star Wars action figures.

I had only one friend, however, who was interested in Star Wars, and she wouldn’t play with my action figures unless I’d let her be Princess Leia. I had to voice all the other characters, including Luke, Han, Darth Vader, Obi Wan Kenobi, C3PO, R2D2, Chewie, and Grand Moff Tarkin.

This was exhausting. I had to stay up nights, hand-writing new Star Wars plots for us to act out the next day, crafting every other character’s part but Princess Leia’s (which my friend would then act out, often—to me—unsatisfactorily).

But it was through this friend’s insistence on playing the only female action figure in the Star Wars universe at that time (Aunt Beru, about whom I write in the forthcoming Star Wars: From a Certain Point of View, had only a custom action figure that I could not then afford) that I honed my ear for dialogue.

And very soon I became more interested in writing the plots for our Star Wars action figures than I did in playing them. In fact, I felt that my plots were so good that it was my duty to send them to George Lucas so that he could use them for his next movie (I was ten).

When I asked my mother to look up his address in Hollywood, however, she broke the news that Mr. Lucas had his own scriptwriters, and that what I was doing was called copyright infringement (neither of us had heard of fan fiction at the time. In 1977, the Internet did not yet exist).

Fearing that I’d hear from Lucasfilm’s lawyers any day, I removed all references of “the Force” from my stories, turned Princess Leia into a talented aspiring rebel pilot named “Litta,” and then, even later, into a high school student named Princess Mia Thermopolis and her younger half-sister, Olivia.

I get that there’s still a lot of people who believe that little girls go through a “princess stage” because of the nice clothes or elevated social status or the idea that they want to be rescued. But the truth is, there’ve been stories about princesses in every culture throughout the history of the world, and in every one of those stories, those princesses have something normal little girls completely lack:

And in every one of those stories, those princesses get that power taken from them.

But in the end, they get that power back—something that almost never happens to us normal girls—and, more importantly, they get justice.  Whether they marry for love, destroy their enemy’s Death Star, or simply find out they’re heir to a throne, for once, girls get to be the ones in charge.

And that’s why princesses are good role models.

Editor’s note: Meg Cabot kindly shared some of her early Star Wars fan fiction with us, which we’ve included below. Enjoy. 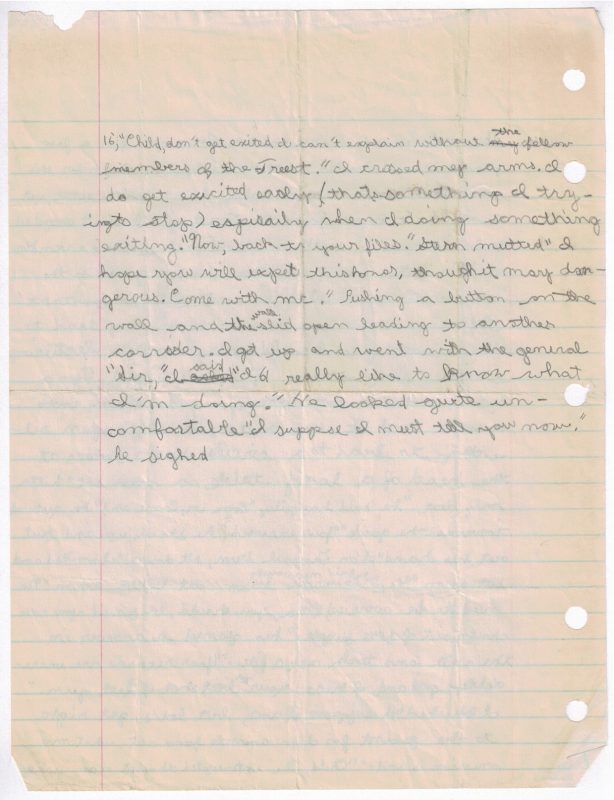