Falling Shark Causes “Rain of Terror” on California Golf Course (Get it!?) 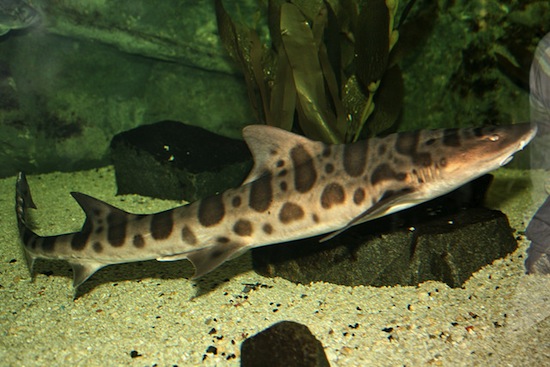 If you’re planning to do any outdoor activities this weekend, make sure you keep an eye out for signs of hurricanes and fish falling out of the sky. Yes, that’s right folks: There are sharks falling of the sky, and there’s nothing we can do about it… Ok, so it was actually just one shark: It fell onto on a golf course in California. It may only be one shark right now, but this could be the first sign of a falling fish epidemic the likes of which we’ve never seen!

A tw0-pound leopard shark was recovered from the 12th tee on the San Juan Hills Golf Club in San Juan Capistrano, CA yesterday. There was nobody around to actually see the fish plummet to earth, but a course marshall found it shortly after, alive and wiggling. Moving quickly, the marshall managed to get the shark in his truck, put it into a bucket of water, and drive it back to the ocean before it died.

According to the marshall’s account, the shark had a set of puncture wounds on either side, indicating that it had been caught and subsequently dropped by a bird. In spite of that completely logical theory, I personally choose to believe that the shark temporarily grew wings and then fell to earth after flying too high.

Relevant to Your interests