What Is A Frankenstorm? We'll Explain. | The Mary Sue

What is a Frankenstorm? We Break Down the Monster Hurricane Sandy May Become 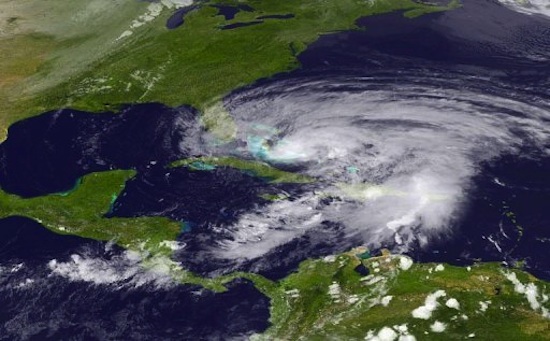 The storm — or series of storms led by Hurricane Sandy — that looks more and more likely to make landfall on the Eastern Seaboard this weekend already seems to have everyone on this side of the country shaking in their rubber masks. What exactly is a “Frankenstorm,” though? Just a handy name for a bad storm in keeping with the Halloween season? Or can we actually expect the weather to raise the dead from their graves, only to be tragically misunderstood as a result of this hurricane? Keep reading and we’ll break down everything you need to know about the scariest part of the weekend for plenty of people.

This Is The First “Frankenstorm”: You can be forgiven if you’re unfamiliar with the term, as it was just coined this week by Jim Cisco of the National Oceanic and Atmospheric Administration. That’s because Hurricane Sandy, which is moving north through the Atlantic right now, looks like it could merge with other weather systems into a meteorological mess the likes of which we’ve never seen.

More Than The Sum Of Its Parts, Master: While Sandy looks likely to form the gooey hurricane center of the Frankenstorm — the “nougat” if you will — part of the Frankenstorm’s naming convention comes from the fact that it will be made up of parts of several different weather systems, which will come together  to wreak havoc across the East Coast, all while presumably only wanting to be accepted into the world of man that will never be its own. As Sandy comes up from the Atlantic, it’s likely to collide with a cold front of wintry weather making its way eastward. That could turn sandy into an ice hurricane of sorts, which is just as safe to be present for as it sounds. Meanwhile, arctic winds blowing down from the frigid wastes of Canada promise to compound the problems, resulting in a three-headed ice monster that shoots wind and lightning. This, in turn, leads us to assume that the (we feel) more technically accurate term Ghidorah-storm must have been already taken.

Timing Isn’t Everything, But It’s Something: The Halloween timing of the storm contributed to its unique title, of course, but it’s not just the holiday that makes the storm extra-spooky. Since the storm looks likely to hit New York and New Jersey this weekend and stick around for much of the week, it will be at its height during the full moon. If that sets an extra scary mood for the storm, it should — tides are at their highest levels during the full moon, which means that flooding risks are increased.

Let’s Not All Storm The Castle Just Yet: As with all weather predictions, we’re going to have to wait and see if the Frankenstorm lives up to its destructive potential, and if it does, all the pitchforks in the world will do you no good, though a torch could be an effective, albeit dangerous, way to navigate a lightless living room. While there’s probably no reason to go overboard, this does make a good time to ensure that your emergency-preparedness kit is in order. If last year’s Hurricane Isaac is any indicator, power could be out on large chunks of the East Coast for days after the storm has left the area. At the risk of being alarmist, nobody ever died from having too much bottled water in the fridge, and picking up some flashlight batteries and canned goods on your next trip to the store probably wouldn’t be out of order if you hope to avoid the grim prospect living on a bag of fun-size Twix for a day or two, which actually sounds kind of good, now that we bring it up. You can get tips on what should go in your kit here, but if we can make a suggestion? Having survived Isaac unscathed last year, none of our supplies were as welcome or necessary as bottles of gin, tonic water, and a bag of fresh limes.