Giant Mystery Eye Washes Ashore, Probably Not From What You Think It’s From 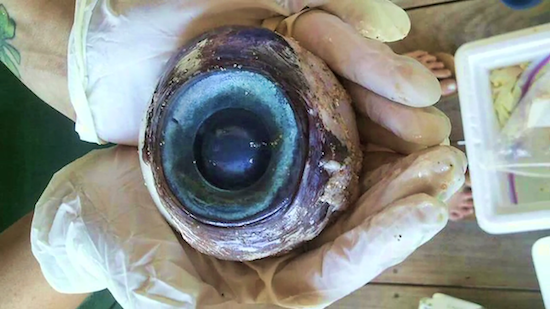 Walking along the shore in Pompano Beach, Florida, Gino Covacci came across an intact eyeball the size of a grapefruit or softball. Now knowing what it came from, he did what any of us would do, and scooped it up into a plastic bag and put it into his refrigerator.

Covacci noted that the eye was very fresh, and was still bleeding when he put it into the bag, painting a pretty appealing visual if you’re into bleeding ocean eyeballs.

One might immediately assume that the eye belongs to a giant squid, however, when Covacci notified and turned the eyeball over to the Florida Fish and Wildlife Conservation Commission, officials noted that the eye wasn’t definitively from a giant squid, but the giant squid couldn’t be ruled out. Professor Charles Messing of Nova Southeastern University said after examining photographs of marine life, he feels the eye was most likely from a swordfish. You might not realize it, but swordfish can be humongous: 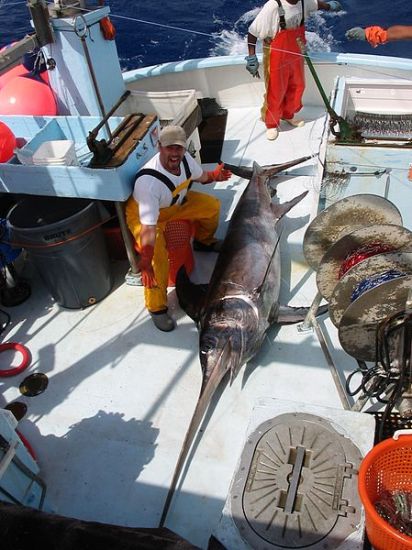 If you’ve watched enough Discovery Channel, you might wonder how an intact eyeball of that size made it all the way to shore without getting eaten by various marine life, as soft tissue like eyes tend to be some of the first parts on a dead creature to be targeted for food.

The mystery eyeball was placed in formalin, which is a mix of water and formaldehyde, and sent off to the Florida Fish and Wildlife Research Institute in St. Petersburg, where it will be studied, and the origin of the eyeball will be discovered.