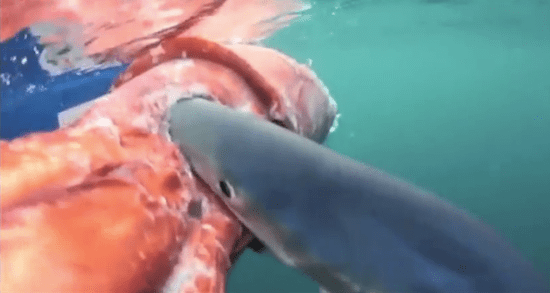 McGlashan felt the squid, which was found off the coast of New South Wales, Australia, died not too long before he found it, as it still held its vibrant red coloring, though whether or not the shark killed it remains to be seen. It’s important to note that squids have a very short average lifespan, of around one to three years. Check out the video of the shark taking bites out of the squid, because why wouldn’t you want to see that?

Relevant to your interests in things eating other things