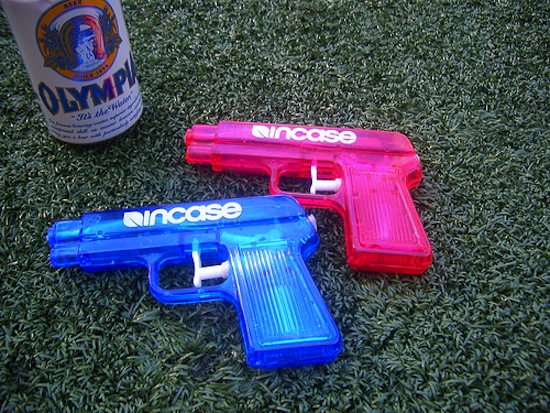 In news that will no doubt make you shake your head in sorrow over the general state of affairs in the world today, a Bellingham, Washington man has been sentenced to a year and a half in jail after burglarizing a home and spraying a man staying on the couch there with a squirt gun filled with semen. Yup. You read that right.

21-year-old Eric Michael Miller was in the company of two other men who have yet to be identified when he broke into a home in Bellingham in January looking for one of the men who lived there. Instead of finding the man they were looking for–who court records indicate owed Miller money, “possibly for drugs” they found his exceedingly unlucky roommate asleep on the couch. The men held the roommate at knifepoint, beat him, and pistol-whipped him with a real firearm, marking a rare case where getting sprayed in the face with semen by a burglar might not actually be the worst part of someone’s day.

After the beating, which found the unnamed roommate passing in and out of consciousness, Miller produced a squirt gun and sprayed the man in the face, saying, according to court records:

“Now you’re like the rest of my (expletives), covered in semen.”

The intruders, one of whom the victim recognized as Miller, then left. The victim called police from the road minutes later, presumably after a very, very thorough hot shower. When officers arrived, they found one of the bandanas the men had been using to conceal their faces, along with a squirt gun that tests confirmed contained semen. Miller turned himself into the police a few days later. While he’s going to jail for the next 18 months, the two men he was with have yet to be identified. Then again, they seem to be just run of the mill thugs, rather than people who carry around water guns filled with their own semen, so it seems to me we got the important person in jail here.