The Futuristic Potential, and Current Technological Marvel, of Self-Driving Cars 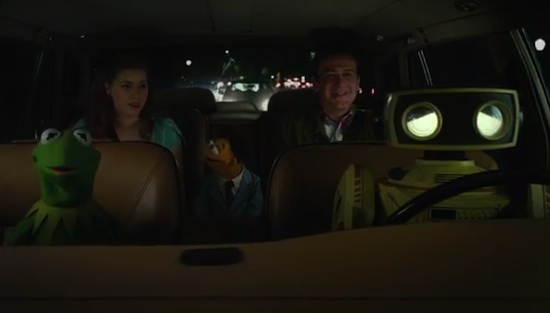 Though a self-driving car has yet to come to market, some of the core concepts like systems to alert you when you’re moving out of your lane, or cruise control that responds to traffic, are already here. As part of our ongoing sponsored content series with Lincoln, we take a look at what could be the biggest advance in personal transportation since the car.

Commuters looking to get from point A to point B are generally given two options with unique advantages and disadvantages: Drive yourself to your destination, or rely on public transportation to get you there. Though driving yourself  in your own car is private and more convenient, public transit is cheaper and better for the environment. However, a car that could drive itself would offer an intriguing third possibility, and it might be much closer than you think.

Simply put, a driverless car is a vehicle that doesn’t require human input to navigate. Attempts to remove the driver from the equation have been attempted as early as the late 1930s when engineers “drove” a car with electronics embedded in special roads, all the way to the present day with advanced GPS or light detecting and ranging (LIDAR) systems.

Most of the modern examples of driverless cars rely on varying sensor packages tied to computer systems to help the car figure out its location in space. Many use GPS, which as smartphone users know, gives you a pretty rough idea of where you are. Coupled with that are sytems like LIDAR, which can figure out how close the car is to another vehicle, the edge of the road, or anything else a car might encounter.

In one notable example from 1996, Project Argo produced a vehicle that used low-cost cameras to follow lane markers on existing highways. This approach is notable not only for its universality — most paved roads have lane markers — but also its low-cost approach.

A truly spectacular demonstration of driverless car technology took place between 2009 and 2010, when a pair of automated vehicles made their way from Italy to China. The journey, called the VisLab Intercontinental Autonomous Challenge, covered some 9,320 miles and is the longest automated vehicle trip to date.

In the 2000s, the development of driverless cars has been largely dominated by Sebastian Thrun and his work with Google. Thrun first began work on driverless cars while at Stanford University and participated in a DARPA automated car competition (are you surprised that DARPA is involved? You really shouldn’t be) and took the top prize. At Google, Thrun helped develop the fleet of driverless cars that in 2010 were reported to have logged over a thousand miles without human intervention and 140,000 miles with occasional intervention. Like previous experiments, the Google vehicles rely on LIDAR, cameras, and other equipment to find their way.

Google’s vehicles have the added advantage of using Google Maps, which records one-way streets and (in some areas) even the speed limit.

Though the project has not been without its hiccups, Google’s vehicles have reached a high level of development. So much so, that in a New York Times article, the autonomous cars were described as easily outpacing the existing driving laws in most states. For its part, Google has been working that angle, too. The company’s lobbying efforts have already led to the passage of laws allowing driverless cars in Nevada, which went into effect March 1st of this year. According to the LA Times, California is moving on a similar path, with the state legislature requiring this past May that standards be established in the state to eventually allow driverless vehicles.

Two states is hardly mass acceptance, but consider what a world filled with driverless cars would mean. Traffic accidents would likely drop dramatically, as driverless vehicles comply to the letter of the law and are never drunk or distracted. With a drop in car accidents, the price of vehicle insurance would likely drop as well.

Huge numbers of driverless cars might also have a positive effect on the environment. Since a computerized vehicle could travel much, much closer to other vehicles, even at high speeds, they could take advantage of drafting. As seen on Mythbusters, this is where a smaller vehicle following a larger one can receive a miles-per-gallon boost. While extremely dangerous for manned vehicles, a driverless car could accomplish the task with ease.

Automated cars would also open the door to large-scale transit management. Instead of relying on puny humans to decide their routes, vehicles could communicate with each other and with centralized traffic control centers orchestrating traffic on a large scale. Imagine enormous packs of individual vehicles, swiftly avoiding snarls and backups and moving people quickly, and efficiently, to their desitinations.

More importantly, driverless cars could completely obliterate the concept of car ownership as we know it today. According to Wikipedia, cars spend 96% of their time sitting idle. That’s 96% of the time where car owners don’t actually need their cars. Driverless car systems could allow drivers to simply order a car when they want it, and drive off when they’re through.

“What if I could take out my phone and say, ‘Zipcar, come here,’ ” he asked an industry conference last year, “and a moment later the Zipcar came around the corner?”

Of course, handing over the wheel is hard to do — especially for something like a car. Keeping drivers behind the wheel makes accountability so much easier, and removes any fear of a Skynet-style robot takeover or Big Brother controlling our cars.

However, some of this technology from a utopian vision of driverless car ownership is already available — and not just on experimental Google vehicles. Cruise control has been available for decades. Though older versions just maintained a consistent speed, more modern versions will even slow down if other cars get too close and warn the driver if he or she drifts out of the lane — almost (if, temporarily) removing the driver from the equation

Some cars even boast automatic parallel parking, using location sensors and cameras. Others have more humble, but no less important, pieces of automation, like automatic traction control that can sense when the wheels are losing traction or the car is taking a deep turn. Even anti-lock breaks have automated a once essential piece of driver education — when was the last time you had to pump your breaks to keep them from locking? 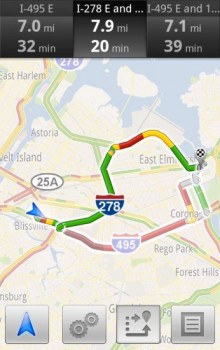 In another example, the Google Maps Android app provides traffic information and can dynamically change a route to avoid problem areas. Amazingly, much of the information for this app was gathered anonymously from users as they plied the streets. Though it’s hardly an all-seeing traffic control system, it’s a hint of what large-scale traffic information infrastructure might look like.

Currently, there seems to be three main obstacles standing in the way of driverless vehicles. First, legislation needs to be changed to reflect traffic scenarios where humans are not always present or at fault. As seen in Nevada and California, this is changing, but it still has a long way to go.

Second, while the technology involved has been proven time and time again, it can always get better and cheaper. Though the economic feasibility of Google’s automated fleet aren’t clear — recently, the company admitted that the vehicle modifications cost about $150,000, just $70,000 for the LIDAR alone. If, however, the price of the technology were to fall and be implemented by the vehicle’s manufacturer, instead of as aftermarket upgrades, the per-car price would surely drop as it would be spread across an entire fleet of vehicles.

Third, and most importantly, is human acceptance. Giving up control and responsibility is scary. If it wasn’t, surrendering one’s driver’s license late in life would not be the emotional ordeal that it is. It will surely take people quite a while to get used to the idea that their car can drive better than they can.

Or perhaps, we will see a hybridized future where cars have highly advanced cruise control systems that make them effectively autonomous. However, they can be quickly and easily overridden by the driver, who will probably continue to sit in the driver’s seat, hands at the ready for something to go wrong.

Perhaps simultaneously, automated car-shares like ZipCar will likely also make headway — perhaps in purpose-designed vehicles that don’t even have driver’s seats or what we would recognize as a car interior. Capable of traveling in large, efficient groups, these vehicles could provide a middle ground between traditional car ownership and mass transit. They could even bring the benefits of mass transit to areas that currently lack the funds or the initiative to build their own systems.

Of course, that’s all in the future. For now, we’ll just have to watch as high-end cars parallel park themselves, and slow-clap approvingly.

Though driverless cars are a long way off, the Lincoln MKS offers advanced options like automated parallel parking, and cruise control with collision warning that slows you down as the traffic changes in front of you. Its lane keeping system even keeps a vigilant eye on the road, alerting you if you drift out of your lane. With built-in navigation and SiriusXM traffic link, the MKS will get you where you want to go, avoiding the worst of road.