If Sally Ride wanted you to do something, you do that thing. 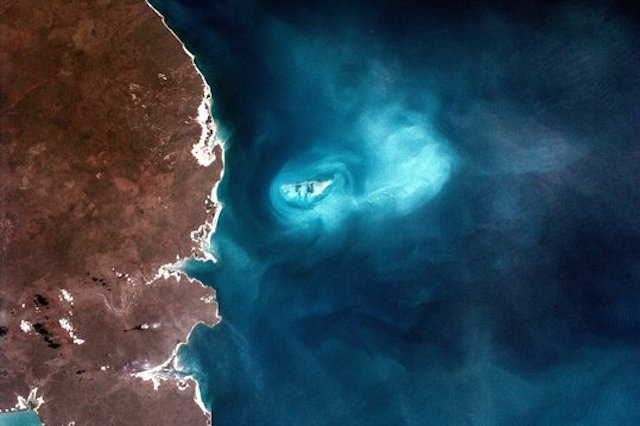 Sally Ride, who you may remember as only the first American woman in space and the youngest American astronaut to ever go there, started a great program to get kids involved in STEM fields back in the 90s, and it’s launching its next mission next month. Don’t let her down.

The EarthKAM program (Earth Knowledge Acquired by Middle school students) allows schoolchildren all over the world to get excited about space and science by operating a camera on-board the International Space Station and analyzing their photos. Sally Ride Science said in their release that Ride always found the view of the Earth from space inspiring:

“When Sally Ride became the first American woman to soar into space, one of her favorite things to do was to float over to a window on the space shuttle and look down on Earth. She was amazed by the view of our beautiful blue planet wrapped in its thin blanket of air. Sally wanted to share that view with young people all over the world,” said Dr. Tam O’Shaughnessy, CEO and cofounder of Sally Ride Science. “In 1995, she came up with the idea of putting a camera on the space shuttle so that students could snap images of different places on Earth, a program that eventually became the Sally Ride EarthKAM.”

The next mission of the EarthKAM will be November 4-7, and there are already 600 schools signed up for the mission. But if you’re the kind of person who has power over that kind of thing, you can still get your school signed up by heading over to the mission’s website. If you’re not that kind of person, find that person and bug them incessantly—this is probably especially effective if you are one of the aforementioned adorable schoolchildren.

Why should you bug them? Because getting kids interested in STEM is important, and the program has a history of doing just that. Sally Ride Science co-founder Dr. Karen Flammer, of University of California, San Diego, said:

Sally Ride EarthKAM is a perfect example of how igniting student interest in STEM in the classroom can lead to fulfilling and rewarding careers in STEM. Many of the students who have interned at the EarthKAM labs at UCSD ended up [at UCSD] because they participated in an EarthKAM mission while in middle school or high school. And many of UCSD’s EarthKAM interns have gone on to work at NASA. For many students, EarthKAM has played a central role in their career paths.

So get out there and give kids the gift of science like Sally Ride wanted you to.