Wanna Name a Space Droid? In SPACE? Then Enter This NASA Contest!

But try to think of something more creative than "Space Droid." 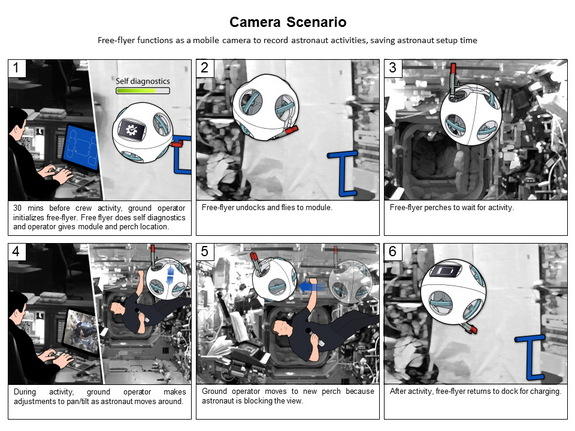 NASA has a new “free-flying robot” they’ll be sending up to help out the International Space Station crew in 2017. But let’s be honest: “free-flying robot” is kind of a mouthful. That’s why the space agency wants help creating a name for the little guy, as well as a new mission patch design!

Of course, this robot isn’t the first free-flyer to hop aboard the ISS—NASA has a whole fleet of “SPHERES” (Synchronized Position Hold, Engage, Reorient, Experimental Satellites, a clever acronym that would make Marvel jealous) which assist the crew in a myriad of ways. All of them are able to move autonomously throughout the outpost, but can also be controlled remotely by crew members; the new fleet, according to Topcoder, “will eventually extend the research and exploration capabilities of astronauts, as they are capable of working during off-hours and (eventually) in extreme environments.””

The full guidelines for the contest can be found at Topcoder, but here’s the main gist: to enter the contest, all you have to do is sign up and then create a name and custom graphic for the mission patch, which also needs to have the name of the space mission on it somewhere. Preliminary feedback on the initial designs will be given out on October 22nd, and the contest ends on the 27th. Oh, and there’s also cash prizes for winning, in case the thought of naming a robot wasn’t a cool enough draw for you. So start designing, team!