NASA Catches The Sun Getting Into The Halloween Spirit

Boys and girls of every age, wouldn't you like to see something strange? 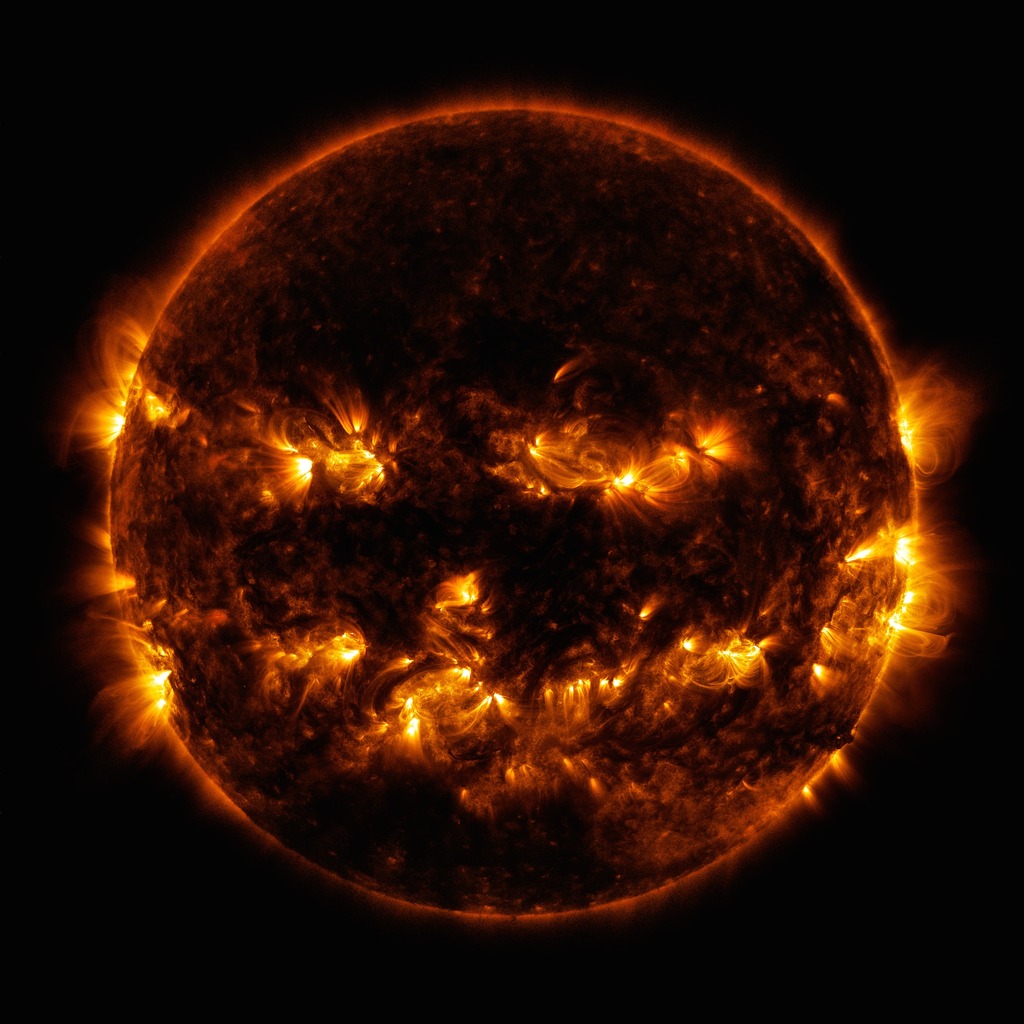 Trick or treat, smell my heat, give me something good to eat (like a planet)!

You’ve seen the “man on the moon” right? What about the Jack-o’-lantern on the sun? Well, NASA’s Solar Dynamics Observatory was at the right place at the right time on October 8th to see just that. They write:

The image was captured by NASA’s Solar Dynamics Observatory, or SDO, which watches the sun at all times from its orbit in space.

The active regions in this image appear brighter because those are areas that emit more light and energy. They are markers of an intense and complex set of magnetic fields hovering in the sun’s atmosphere, the corona. This image blends together two sets of extreme ultraviolet wavelengths at 171 and 193 Ångströms, typically colorized in gold and yellow, to create a particularly Halloween-like appearance.

This might be one of the coolest (ha ha) things I’ve ever seen. And just what I needed to get into the Halloween spirit.