Should There Be an All Female Mars Mission? | The Mary Sue

Men are from Mars, women should go there. 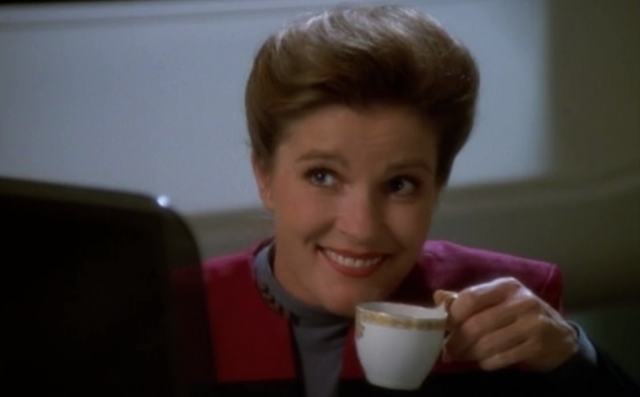 Writing for Slate, a participant in a NASA-funded Mars Mission simulation studied the caloric intake and burn rate of her colleagues, and has a suggestion for manned missions to Mars that’s right up our alley.

Among Kate Greene’s roles in the four-month study, during which six “crew-members” lived in a simulated Mars expedition camp on the side of Hawaii’s Mauna Loa volcano conducting mock experiments and only venturing outside in mock spacesuits, was studying the sleeping habits of her colleagues. Since her data was collected by sensor armbands, she also had access to estimates of caloric expenditure, and found that “it was rare for a woman on crew to burn 2,000 calories in a day and common for male crew members to exceed 3,000,” even when everyone was getting the same amount of exercise. Male crew members also ate more, and even voiced difficulty maintaining their current weight during the study.

Naturally, she did a little research to see if anyone else had noticed this disparity, and science being science, folks had. Turns out that NASA devoted time to training a female astronaut corps in the early 1960s. In the game of rocket propelled flight, every pound counts, and not only do lower caloric needs reduce costs, so does the on-average smaller personal mass of female astronauts. Says Greene: “Despite extensive training and excellent performance, the women in the program were dismissed. Some of the reasons included fears about public relations if female astronauts were killed, as well as NASA’s reliance on military pilots, who at the time were only male.” While Russia’s Valentina Tereshkova became the first woman in space in 1963, it would take another two decades for America to do the same for Sally Ride.

But there are other, less old-fashioned, reasons why an all-female team of astronauts isn’t entirely ideal. It’s important that as we (if you’ll excuse my sci-fi language) forge our destiny in the stars, we not forget to include representatives of half the world’s population. And as Harry Jones, a NASA researcher who’s published a paper on the caloric requirement disparity between genders, notes, “It’s not really politically correct to mention that size, body type, gender, intelligence, agility, emotional structure, education, and other individual differences might all affect the cost-benefit equation in astronaut selection,” says Jones. “Really, the issues are all about crew performance including group dynamics, individual psychology, etc.”

Greene’s article, which you can read in its entirety here, isn’t so much a call for an all-female mission to Mars, but a great example of how using logic to say that one gender is more physically suited to adventure, exploration, or hardship can work both ways, and what really counts in these situations is to not disqualify an individual based on a broad generalizations about the demographic group they belong to.