They don't call him "Evil Santa" for nothing. 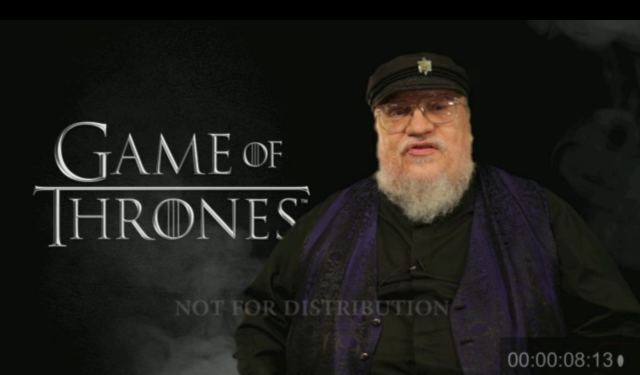 Game of Thrones mastermind George R.R. Martin stopped by the set of Conan O’Brien’s TBS talk show Conan for a brief chat, and while he was there he apparently gave Team Coco some fascinating “spoilers” for next season from the upcoming DVD commentary. I put the word spoilers in quotation marks because obviously none of the plot points proposed here are going to happen — it’s all too uplifting and pleasant for Martin. We know you better than that, sir.

Check out the video below (and watch it through to the end to see Martin give us some adorably diabolical laughter at his own ridiculous jokes):

You know what, though? I bet Zachary Quinto would do a bang-up job as a member of the Targaryen family. Maybe not Daenerys, but I can see him representing the dead prince Rhaegar pretty well in a possible flashback sequence. Or, you know, some other character, maybe. Shhh. Spoilers.