We're all going to need therapy after the last episode of Game of Thrones, so might as well start diagnosing ourselves now. 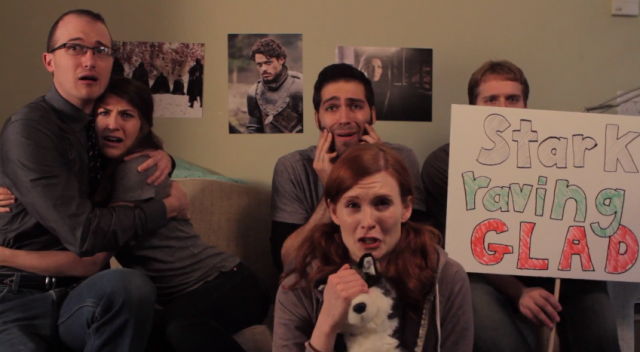 We’ve been sort of meandering around the subject all day, but here it is: Game of Thrones last night was emotionally devastating. You probably know what happened even if you didn’t watch it because of how intense online outcry ended up being, but suffice it to say that I’d read the books and still found myself physically shaking at the end. Not everyone had the same reaction that I did, of course, but since the Internet is full of people just itching to tell everyone exactly what they feel about everything, we can pretty much track the Five Stages of Grief as they make their way through the GoT fanbase. (Massive spoilers to anyone who hasn’t seen last night’s episode, “The Rains of Castamere.” You’ve been warned!)

First, there’s the initial shock of actually seeing it, as outlined wonderfully in this compilation of reaction videos by YouTube user Horrorcirdan.

Now that everyone’s having the appropriate flashbacks, let’s dive right in, shall we?

Laughter is the best medicine, but that phrase should come with a caveat saying, “unless you’re using it to deflect some crippling emotional pain, in which case it will only make things worse when you finally do experience it.” Keep making your jokes, Twitter. Tomorrow you’re going to find yourself sobbing alone in a bathroom stall and you won’t know how to stop. 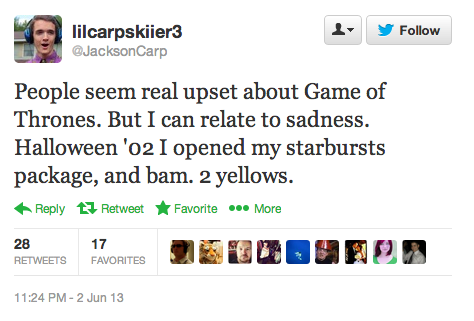 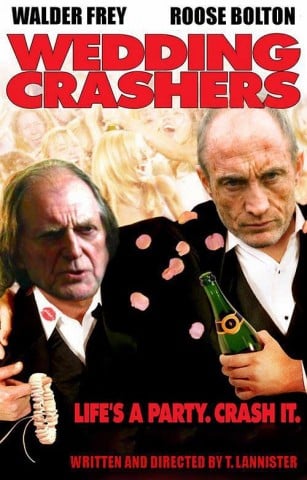 And then, of course, there’s legitimate denial:

Just who would the dreaming person have been in this scenario, anyway? Bran? Robb? Arya? I don’t even think she knows. I think she’s just desperate for a reprieve from the madness. We all are.

A lot of viewers — particularly those who haven’t read the books —  have threatened to quit watching Game of Thrones. “This goes too far!” most of them say. I have a sneaking suspicion that they’re not going anywhere. That, or they never quite got the show to begin with. Seriously, the pilot ended with a ten-year-old being pushed out a ten story window for catching a brother and sister doing it. This is too far? 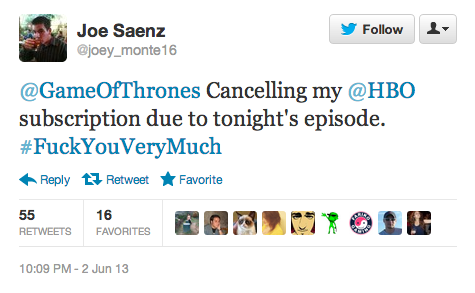 And then there were the fan theories about what’s going to happen next. Most of them involved wishing death on the Lannisters, still others wishing for no more death at all. 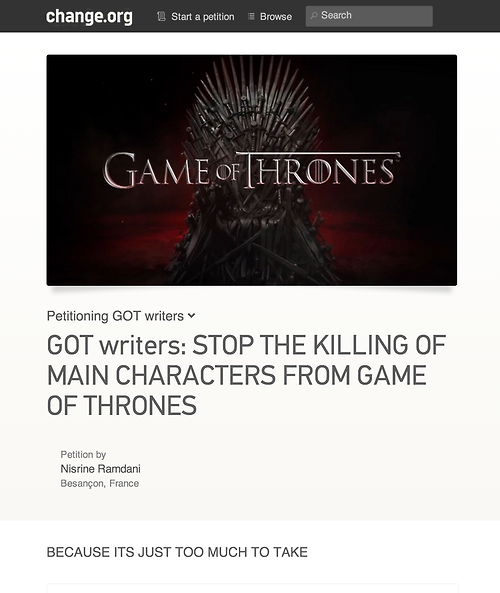 I just don’t have the heart to tell her that Daenerys is pretty inbred, too. Probably more so than the Lannisters, actually.

In one corner, we have the people who did not see it coming and who will never be okay. Poor little dears. We kept telling you bad things were going to happen, didn’t we? You thought it couldn’t get worse after Ned and that we were exaggerating, and now you know. Shhh. It’s okay. I mean — it’s not — but we all survived. You will too. Nobody on the show we’re watching will, of course. But we’ll get through. 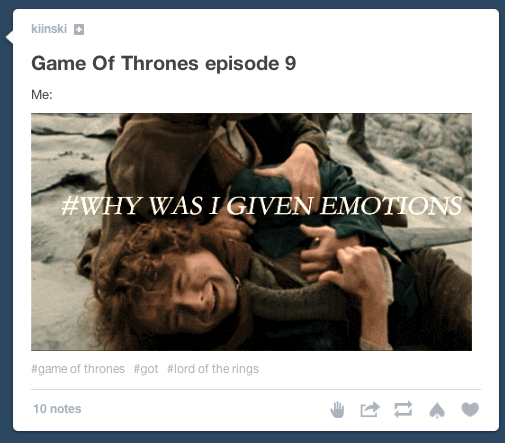 Then we have the people who knew it was coming. We all thought we would be relatively okay given our prior knowledge. Are we? I know I’m not. I’m guessing you aren’t either. It’s a lot more brutal when you have to stare down those slit throats with your actual eyeballs. 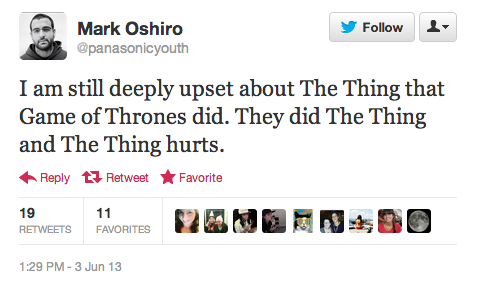 Has anyone gotten to this point yet, really? I think it’s gonna take more than a day to get there.

The Discovery Channel’s pretty close to it, though: 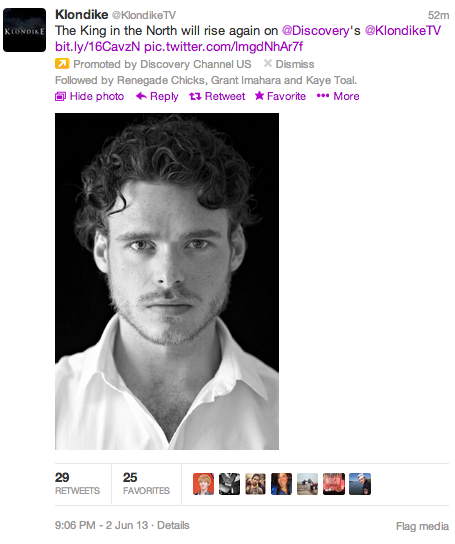 I mean, on the one hand, I feel like it’s too soon to be promoting another Richard Madden television show just seconds after he’s been brutally murdered off of the last one. At the same time I kind of miss him already .

At the very least, there’s the Unlikely Allies comedy group, who managed to hit all five stages in three minutes and come out relatively okay. The operative word in that sentence is “relatively.”

At least we have one more episode to calm down and figure out what type of therapy we’ll need once the season ends next week on June 9th. Me, I’ve always been pretty partial to Cognitive Behavioral Therapy, but I’ve read the books and know what’s coming so I’m probably going to need something stronger soon. That’s right, you thought the worst was over, didn’t you? NEVER. To watch Game of Thrones is to know suffering. You’ll see. You’ll aaaaaall see.