Zach Sobiech Passes Away From Cancer | The Mary Sue 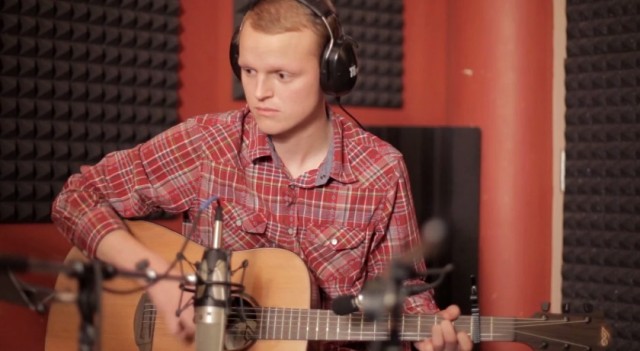 In case you haven’t had your fill of heartbreaking news this week — looking at you, Oklahoma tornado — it’s been announced that Zach Sobiech lost his battle with cancer on Monday, May 20th. You may recall him as the young man that went viral late last year with his “Clouds” song, and recently with some help from Rainn Wilson and Soul Pancake. He was 18.

Specifically, Sobiech suffered from osteosarcoma, a rare bone cancer he was diagnosed with at 14. Last year, he was told he had only months to live. Faced with that fact, he put out the song “Clouds” in early December:

That had its own viral juice, but then Rainn Wilson and Soul Pancake did a short documentary about him:

Which led to a celebrity lip-sync cover of the song:

All of these, save the longer documentary, have over a million views, and Sobiech’s original song currently sits at 3,524,724. His passing was announced by his mother via his CaringBridge page, according to Today.com:

“It is with heavy heart that we announce the passing of our son Zachary David Sobiech,” the family said in a statement. “Our family has been blessed not only by his amazing presence in our lives, but also by the love and support of our family and friends and by so many people in the community. In particular we’d like to thank those people who listened with their hearts and helped Zach bring his message and his music to the world.”

(via The Daily Dot, Today)