R.I.P. Maurice Sendak, Author of Where the Wild Things Are 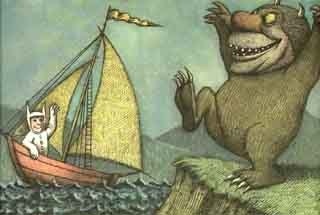 Author and illustrator Maurice Sendak is reported to have died today of complications arising from a stroke. Sendak was a largely self-taught illustrator and writer of children’s books, best known for his 1963 publication Where the Wild Things Are. At a time when stories for children were boring, whitewashed affairs, Sendak injected elements of menace and the bizarre.

His work clearly resonated with children, though some found Sendak’s unpatronizing approach controversial. However, that has perhaps only stoked the enthusiasm of young readers for his books. During his career, Sendak illustrated nearly 80 books and wrote 17 more. A posthumous work, My Brother’s Book is scheduled for release next February and is a meditation on the death of Sendack’s brother Jack.

Though most known for his work in print, Sendak’s stories have been adapted for stage and screen, perhaps most notably 2009’s Where the Wild Things Are directed by Spike Jonze.

Sendak’s books reflect some of the turbulent moments in life and childhood — feelings of anger, abandonment, and helplessness. Sendak himself struggled during his life with his faith, his homosexuality, and depression. However, a 2011 interview on WHYY’s Fresh Air, Sendak seems to have made a kind of peace with his life and his work.

“I have nothing now but praise for my life. I’m not unhappy. I cry a lot because I miss people. They die and I can’t stop them. They leave me and I love them more. … What I dread is the isolation. … There are so many beautiful things in the world which I will have to leave when I die, but I’m ready, I’m ready, I’m ready.”

(via NYTimes and Wikipedia)

Maurice SendakWhere the Wild Things Are