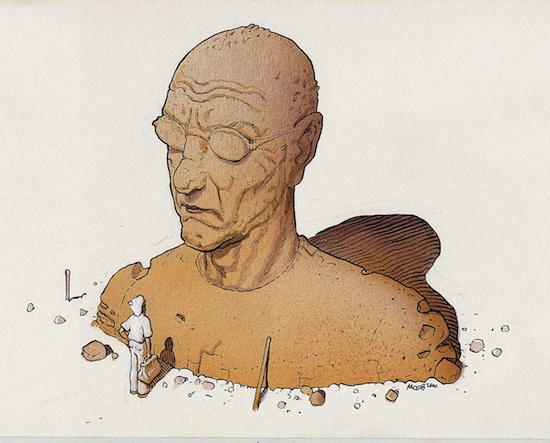 Legendary artist, illustrator, and comic book author Jean Giraud (AKA Moebius) has died at age 73. While his work has been woefully hard to find translated in the United States, the effect of Moebius on sci-fi and fantasy cannot be overstated. His illusory landscapes and wildly imaginative imagery showed that there was no upper limit to creativity, and his influence will be felt for years to come.

Born in France in 1938, Giraud’s work in comics began when he was 18. Though he is probably best known in geek circles for his work in sci-fi and fantasy, Giraud’s breakthrough work was on a western called Blueberry on which began working in 1963. These stories followed the lone wanderings of a dishonored soldier Michael “Blueberry” Donovan, and is where Giraud cemented his artistic abilities.

The fantastical landscapes of the American southwest seemed to stay with the Giraud as he began to explore stranger worlds under the pen-name Moebius. In the 1970s, his works would come to define the French alternative magazine Métal Hurlant — or “Heavy Metal” as it was known to English speakers. Two of Moebius’ long running projects — The Airtight Garage and Arzach both began in magazine.

Speaking to the L.A. Times last year, the aging artist — then suffering from failing eyesight — described his first Arzach story, and the impetous behind Heavy Metal.

We wanted to be completely original and bizarre. That story [Arzach] was in the first issue and the next four after that. I didn’t myself know what I was doing. I just wanted it to be different.

In 1989, Moebius drew the two-issue Silver Surfer miniseries Parable, which was written by Stan Lee. For some comics fans in the U.S., this would be their first exposure to the artist. Though his French-language work was, and continues to be, difficult to find in this country he brought his unique artistry to bear on several major films. His outlandish and sometimes psychadelic concept work helped shape Alien, Tron, The Abyss, Masters of the Universe, and The Fifth Element into the movies we love today.

Though his death means an end to a stunning career, the influence of his work stretches far beyond the man. His work was occasionally silly, often challenging, and sometimes even grotesque, but it was never complete; rather just a window onto a universe of limitless possibility.

For those unfamiliar with his work, hundreds of pages are available at this Tumblr account. Be warned, some of it is NSFW. 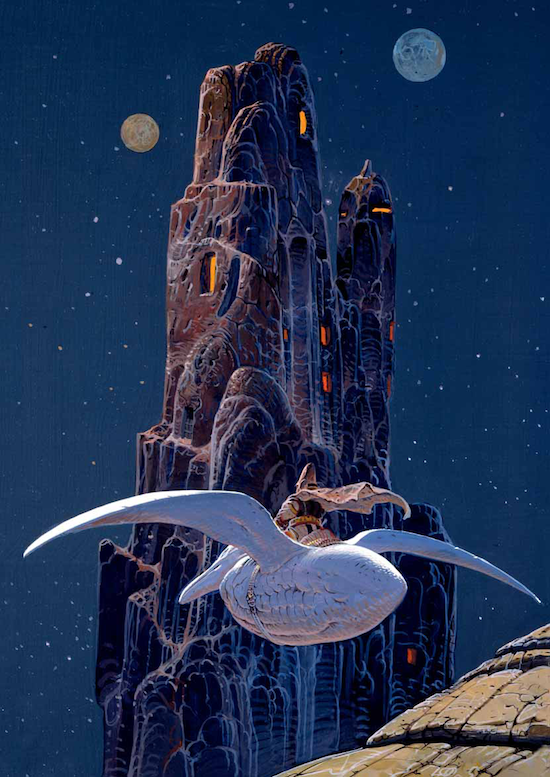