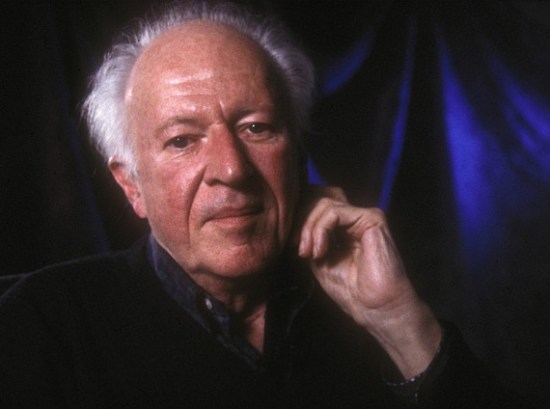 Ralph McQuarrie, the illustrator that worked on the original Star Wars and other films, died last night at the age of 82. Before McQuarrie met George Lucas, he worked as an illustrator for Boeing and painted animations of the Apollo moon program for CBS. This background in high-tech mechanical design would prove invaluable when he was approached by Lucas in 1975 to work on his sci-fi epic. It was McQuarrie’s artwork that not only helped shape the series into what we know today, but also convinced wary Fox executives that they should greenlight Star Wars in the first place. Selections of McQuarrie’s Star Wars artwork follow below.

Ralph McQuarrie was the first person I hired to help me envision Star Wars. His genial contribution, in the form of unequaled production paintings, propelled and inspired all of the cast and crew of the original Star Wars trilogy. When words could not convey my ideas, I could always point to one of Ralph’s fabulous illustrations and say, ‘Do it like this.’

[…] In many ways, he was a generous father to a conceptual art revolution that was born of his artwork, and which seized the imaginations of thousands and propelled them into the film industry. In that way, we will all be benefiting from his oeuvre for generations to come. Beyond that, I will always remember him as a kind and patient, and wonderfully talented, friend and collaborator.

McQuarrie would go on to work on all of the original trilogy films, but his career continued with other Sci-Fi classics such as the original Battlestar Galactica TV series, Close Encounters of the Third Kind, Raiders of the Lost Ark, E.T. the Extra-Terrestrial, Star Trek IV: The Journey Home, *batteries not included, Jurassic Park, and Cocoon which landed McQuarrie an Academy Award.

For me, these were some of my favorite childhood films, and ones I still love today. Amazingly, McQuarrie was behind all of them.

Though his career was long and broad, his seminal work on Star Wars will almost certainly stand apart. It was McQuarrie’s design of characters like C3PO and Darth Vader and his dynamic vehicle designs that established the iconic look of the series. Fittingly, McQuarrie was immortalized in The Empire Strikes Back with an uncredited walk-on role where he appears in front of his own matte painting. The appearances also ended up with McQuarrie’s character, General Pharl McQuarrie, being turned into an action figure.

On McQuarrie’s official website, his friends have posted a moving epitaph to which I cannot possibly add.

There’s no doubt in our hearts that centuries from now amazing spaceships will soar, future cities will rise and someone, somewhere will say… 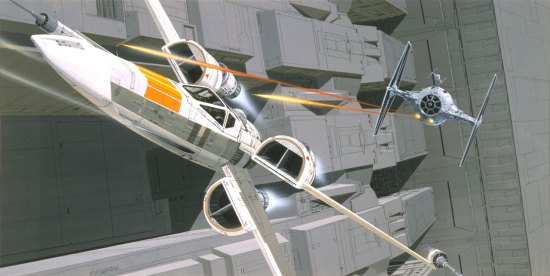 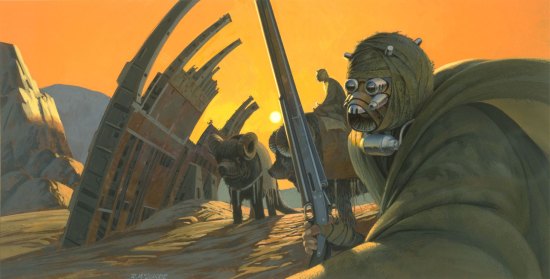 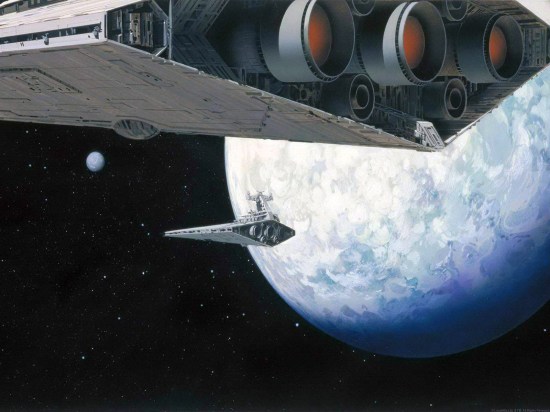 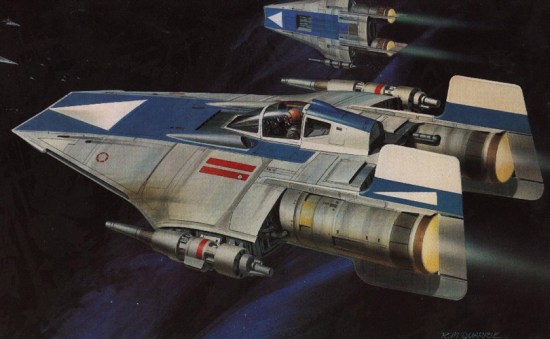