Kiss $50 Goodbye, a Remote-Controlled Flying TARDIS is Available for Preorder 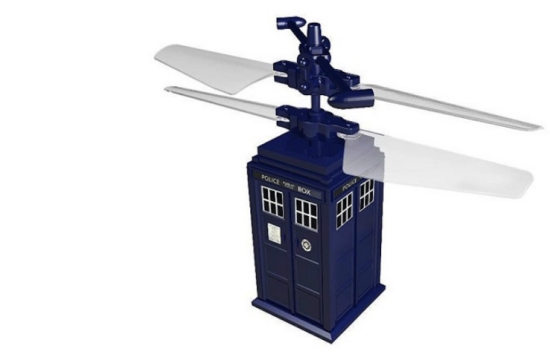 That’s weird. I could have sworn that about five minutes ago I had $46.99 more in my bank account than I do right now. I wonder if it has anything to do with the this remote-controlled flying TARDIS that just became available for pre-order. Sadly, it won’t be shipping until July so I’ll have to wait until then to start having Doctor Who adventures around Washington Square Park on my lunch breaks.

As far as I can tell, this TARDIS model is built to travel through space, but not time. It has two propellers that lift it into the air, which sounds like it will be a lot more fun than just throwing your non-flying TARDIS toy around like a savage. The site doesn’t list the dimensions of the TARDIS, but it’s also probably bigger on the inside.

The TARDIS is available now for pre-order from Entertainment Earth, which has a lot of things you never knew you wanted, but will suddenly find yourself needing desperately. If you’re prone to impulse buys here’s a direct link to the TARDIS page, and I recommend you don’t go looking around too much, because there’s a lot of stuff on there you’re going to want to pick up.