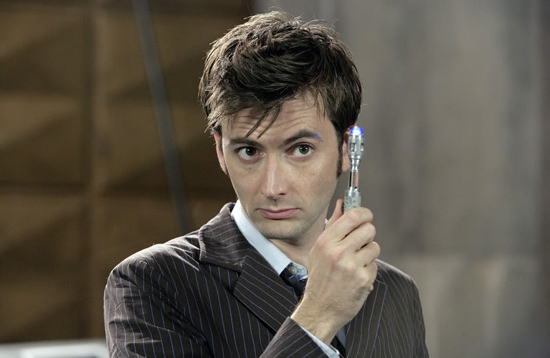 To everyone that pined over the loss of the Tenth Doctor: You’re in for a treat. Though it’s been teased time and time again, and denied by those involved, David Tennant is officially returning to Doctor Who. Not permanently, of course. Both he and Billie Piper, known as Rose Tyler in the show, will be returning for the 50th anniversary special. Feel free to squeal with joy.

Here’s the relevant bit from the BBC’s blog post on the matter:

The BBC has today revealed some of the all-star cast that will mark the 50th anniversary of Doctor Who. David Tennant and Billie Piper will join current Doctor and companion, Matt Smith and Jenna-Louise Coleman, while John Hurt (Tinker Tailor Soldier Spy, Alien, Harry Potter) will also co-star.

It’s worth pointing out the “some” used in the above paragraph. We might still yet be in for some surprises.

This is the first time either Tennant or Piper have returned since the Tenth Doctor regenerated, and it should be rather exciting to see both Matt Smith and David Tennant as the Doctor at a single time. That’s assuming they appear on screen together and interact, but it’d be a shame if that didn’t happen.

(BBC via The Mary Sue)