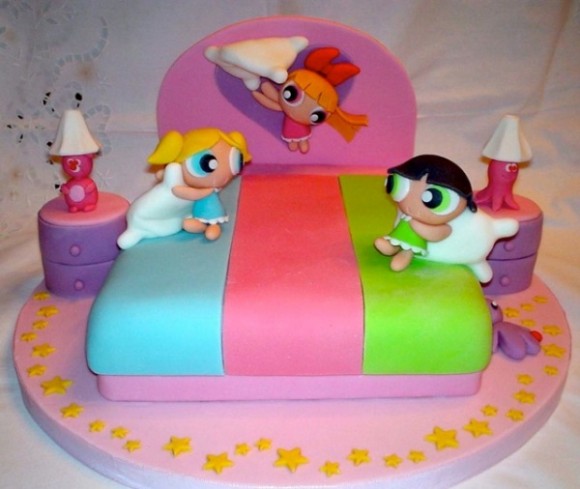 This Powerpuff cake crafted by Tourtes is actually from a cookbook on how to decorate cakes after famous cartoon characters by Debbie Brown, so that sounds like a DIY project to me.