Hello Kitty, We Will Add Your Biological & Technological Distinctiveness To Our Own & It Will Be Delicious 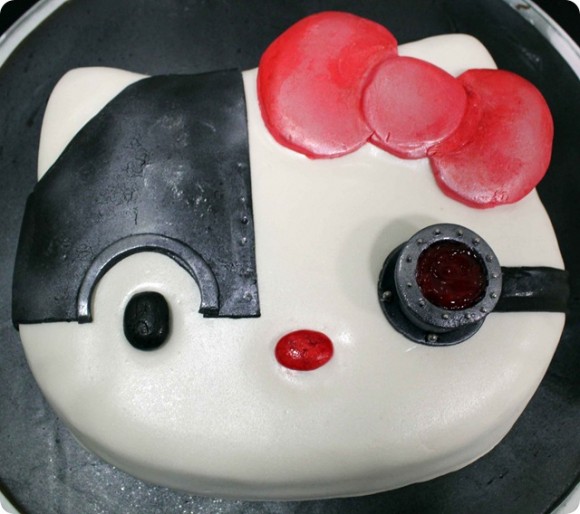 You will be assimilated. In my stomach. A Hello Kitty/Star Trek Borg mash-up is surprising enough but this is a cake. Laura from El Laboratorio de las tartas created this delicious creature but the best part of the whole story is, “Unfortunately, the birthday girl was not as familiar with the franchise and confused with Terminator Kitty.” Birthday girl remains awesome.