Wait a Minute, Doc, Are You Telling Me That You Built a Wedding Cake Out Of Back to the Future? 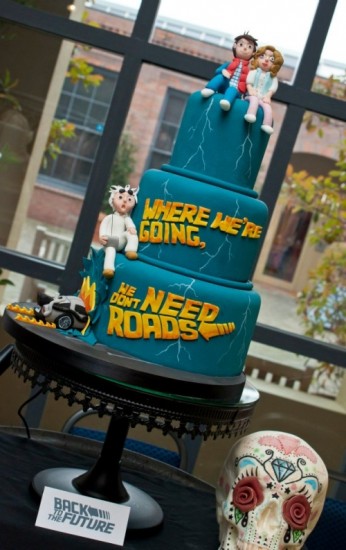 This is (probably) heavy. It’s also just one of many geeky creations from Tracey of Black Cherry Cake Company. We’ve got a closer look at the DeLorean after the jump.