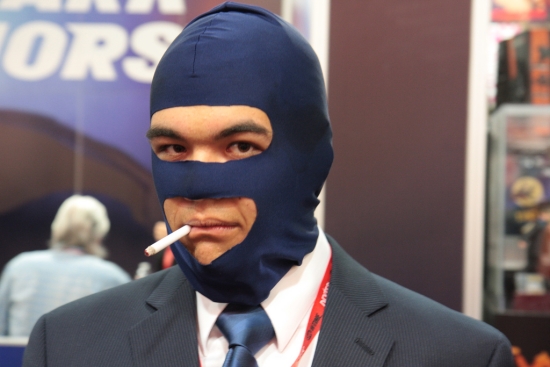 If you spend eight years working undercover in order to infiltrate an environmental movement, things are bound to get hairy. It’s a complicated process to live a lie, and returning to the real world after everything’s said and done is even more difficult. Mark Kennedy, known during his undercover operation as Mark Stone, found this out for himself at the beginning of last year. Now the disgraced former police officer is taking things a step further. He’s suing the Metropolitan Police for damages between £50,000 and £100,000 — or $80,070 and $160,140 — for failing to prevent him from falling in love. Seriously.

Mail Online has Kennedy’s side of things:

I worked undercover for eight years. My superiors knew who I was sleeping with, but chose to turn a blind eye because I was getting such valuable information. The police had access to all my phone calls, texts and emails, many of which were of a sexual and intimate nature.They knew where I was spending the night and with whom. They did nothing to prevent me falling in love.

The lawsuit essentially seeks damages for “emotional trauma” and “personal injury.” Due to the fact that police had knowledge of everything he was doing, Kennedy claims they had an obligation to stop him from going too far. You know, because personal accountability is just silly.

(Mail Online via The Guardian, image via Nathan Rupert)