Michigan-Based Batman Arrested Again, Probably Not the Hero Anyone Needs 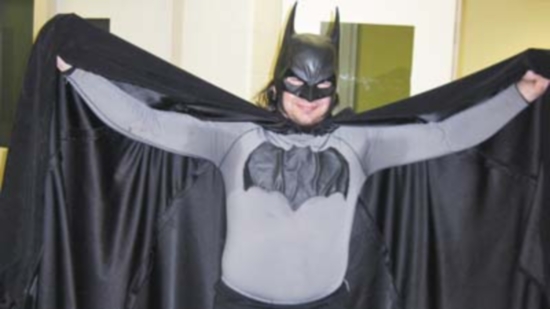 Batman just can’t catch a break. Not only does the comic book figure have real-life imitators, they seem to constantly be getting themselves in trouble. Mark Wayne Williams, dressed in a Batman outfit, was arrested this weekend after refusing to leave the scene of a crime. This is the second incident where Williams has been arrested in his Batman duds, so it might be time to hang up the cape.

“When we arrived, (Williams) was at the scene in his Batman outfit. He wouldn’t clear the scene and we had a canine out there and he kept screwing up the scent,” Gorno said. “He said he wanted to help us look for the driver.”

“We didn’t want the dog to track Batman instead of the accident scene and he was getting in the way of officers who had a job to do.”

It’s not that they have anything against Williams or Batman, it’s just the dog, you see. Also, they’re probably Marvel fans.