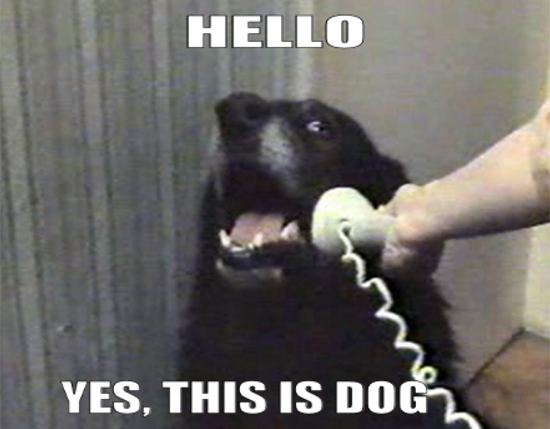 If you were to, say, receive a phone call from your house phone, but all you could hear was some banging and scraping, what would you do? No words are spoken; it’s just the foreboding noises coming across. For many, this event might never play out due to not having a house phone, but when Bruce Gardner got a call on his cell featuring this exact scenario, he called the police because he feared his house was being robbed. As it turns out, his dog had just gotten hold of the phone and accidentally called him.

Officers went to Gardner’s home, and entered. They investigated, but did not see any evidence of forced entry and nothing appeared out of place. Police couldn’t locate the phone, but left after they concluded nothing had been taken.

Several hours after police left, Gardner called back saying he had an explanation for what had happened.

“Apparently his dog had gotten a hold of his cordless home phone and in the midst of chewing on it, it happened to hit ‘redial,’ called the man’s cell phone,” said Orem Police Department Sgt. Craig Martinez.

The real question is why Gardner assumed that the sounds emanating from his phone indicated that his house was being robbed. After all, why would they call his cell phone? That said, he did know that nobody was supposed to be home, so he has that in his defense.