Learn to mind your surroundings. 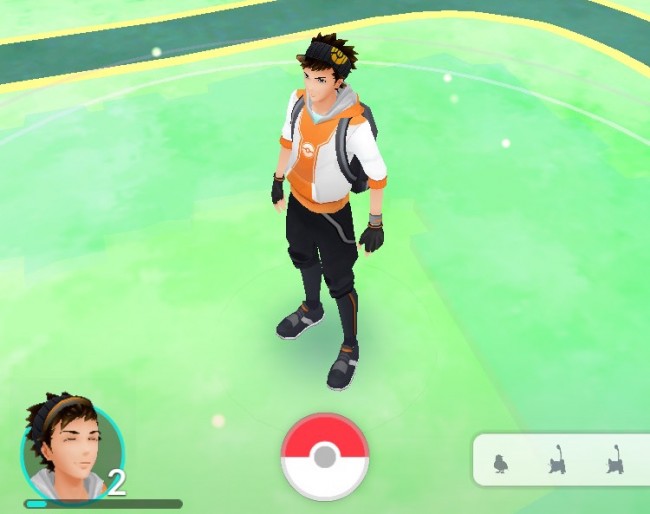 Yesterday, we all got really excited when Pokémon GO showed up in Apple’s App Store and Google Play for users in Australia, Japan, and New Zealand, and then those of us in the U.S waited painfully, for hours, for the game to finally come our way—except for Android users who downloaded the APK on their own. Now, we can all play it, and it’s pretty much an instant hit.

The “augmented reality” game, which currently sits in the #1 spot for free games on the App Store, will have you wandering your neighborhood/city while staring down at your phone—very different from how you act now, I’m sure—in order to catch Pokémon, find items to help you catch said Pokémon, and use said Pokémon to battle in an effort to attack and/or defend local Pokémon gyms. You can even activate your phone’s camera when spotting a wild Pokémon to make it appear to be standing right in your surroundings, but the feature is more a gimmick than anything, so I personally opted to leave it disabled.

So far, I’ve managed to customize my avatar and capture a Charmander right in my living room, but the real draw of the game is getting you out exploring your surroundings. When you look at the map, you can see nearby “Pokéstops,” where you can pick up items, and gyms, and clicking on the ones that are close to you will give you information on the landmarks they represent. Some of them are just buildings (like two churches near my apartment) but some of them may be things you didn’t know about before, like a wall mural and a curious statue I apparently live near.

That’s all really great, but the trick for Pokémon GO, after the initial, built-in hype fades away, will be making sure the actual gameplay that makes use of the items and Pokémon you collect is compelling enough to make you want to go outside and collect them. So far, the experience seems a bit limited, with the battle system being drastically different from what you’d find in a full Pokémon game. It’s limited to gym battles, and even then, it’s not directly head-to-head with another human or the familiar turn-based system from the main series.

I understand why Nintendo wouldn’t want a free mobile game (though one with optional in-app purchases and an optional, absurdly priced peripheral) to essentially function as a full replication of the main Pokémon series, but it remains to be seen whether a watered-down version of that gameplay will give players enough incentive to sink the necessary time into the unique aspects that Pokémon GO brings to the franchise. It’s definitely been enough to get us all to download it, though.