Does Peter Jackson Have A Copy Of The Star Wars: Episode VIII Script? 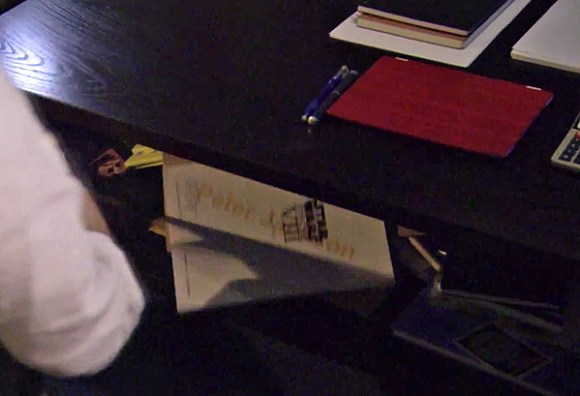 At first glance you may not see anything in this photo but a desk but if you look closer you might see history in the making. Or an April Fool’s prank. We’re not sure. What you’re looking at is a still from this The Hobbit: The Desolation of Smaug preview video Peter Jackson posted on April 1. FirstShowing.net pulled a screencap from 4:51 in which you may notice, is a script to Star Wars: Episode VIII. I think we can say one thing for sure, showing it was not a mistake. However, we don’t know if this was meant as a joke (he does have a great prop department at hand) or meant to drive nerds completely out of their minds. What do you think?