Back To Basics: Dark Horse Publishing The Original Star Wars Screenplay As A Comic Book 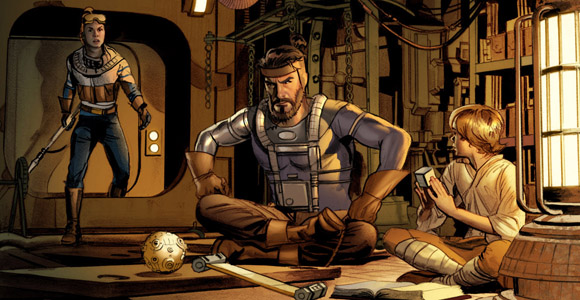 Not an April Fool’s joke, Dark Horse said so specifically. The comic publisher is readying a new series titled The Star Wars which follows George Lucas’ early Star Wars screenplay. We’ve got details and a full page of preview art from the series after the jump.

“I’m not sure where I first read about The Star Wars—it was years and years ago—but the idea of Luke Skywalker being an older Jedi General, and Han Solo being a six-foot-tall lizard, turned my Star Wars fan brain on its side,” said longtime Star Wars editor Randy Stradley. “I always assumed this would be one of those stories that would be ‘lost to history,’ so getting to work on bringing it to life is kinda like a dream come true.”

“While researching in the Lucasfilm Archives I’ve found many treasures—but one which truly astounded me was George’s rough draft for The Star Wars. His first complete imaginings were hallucinating to read—mind blowing,” said writer J.W. Rinzler. “While working with George on another book project, I once asked if we could adapt his rough draft. He was hesitant. Years later, with Dark Horse’s invaluable help, we showed him a few drawn and colored pages of what it might look like. He gave us the okay.”

“I thought I knew a lot about Star Wars, but I had no idea,” Mayhew tweeted. “We are been totally faithful to George’s script, which is incredibly action packed with complex characters we’ve never met before!”

The series will be eight issues long and you can get your hands on #1 this September. Here’s the full page of art: 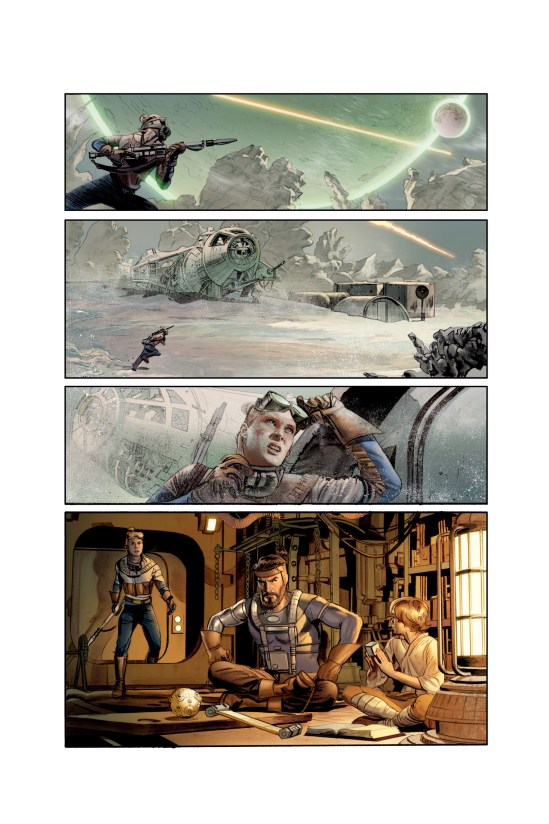 Are you willing to accept a different kind of Star Wars?