Say Hello to the Uma Thurman of Parasitoid Wasps, Because That’s a Thing Now 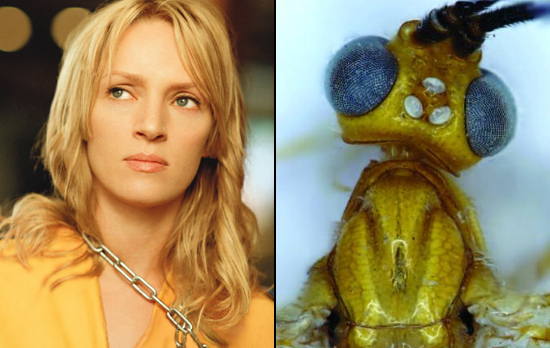 I keep a mental list of places in the world to never go, and one of those is Brazil, thanks to the existence of the terrifying Brazilian wandering spider. Trust me, it’s awful. I’m afraid I now have to add Papua New Guinea and Thailand to the list, because of three new species of parasitoid wasps that entomologists have recently discovered in those countries. But we discover new species all the time. Here’s what’s different about these three: They’re named after pop culture icons, like Uma Thurman’s character in the Kill Bill movies.

These wasps, who hail from the Braconidae family of wasps, specialize in fatal reproductive tactics. Not to themselves — to those they implant. See, a parasitoid is an organism that, during its development, lives in or on the body of a single host individual, eventually killing that individual.

So these wasps’ eggs develop inside other insects, and when the eggs hatch, the larvae eat their way through the bodies of the unfortunate hosts. Most hosts die, while others just become sterile. Aren’t wasps positively delightful?

This is Cystomastacoides nicolepeelerae not having a particularly good day.

The three new ones were discovered and written about in the Journal of Hymenoptera Research by serious bug enthusiast Donald Quicke. Apparently, if you’re a professor of entomology, specifically one who studies the “biology, ecology, and systematics of parasitoid wasps,” you can name the new species you find whatever the heck you want. I think that’s reasonable, consider that you have to spend a lot of time around freaky bugs. It’s karmic.

Personally, I want to know how to get in on this buggy nomenclature gig. That alone could be worth a long academic career in entomology. Then you could name the species you find after your friends, your enemies, your teachers, your heroes. If you discovered one of these nasty wasps, what would you call it? 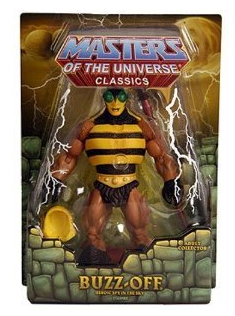