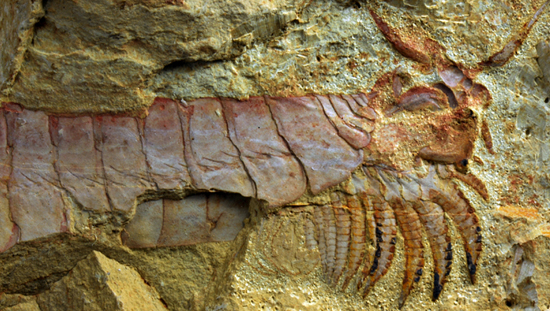 The hypothetical ancestor of all mammals might be all cuddly, fuzzy, and warm, but its hideous arch-nemesis must have been the arthropod that spawned all the crustaceans, insects, and spiders we rightly fear today. In a new discovery concerning one such ancestor, scientists have found fossils in South China that finally reveal the complex “feeding limbs” and nervous system hidden beneath its shell. Until now, all we had was the shape of the creature’s body and head, which was more than terrifying enough.

Because we couldn’t leave well enough alone, right? This specimen is part of the — don’t try and pronounce this out loud or you may conjure it — fuxianhuiidae family of arthropods. All fossils previously found included the critter’s organ-hiding carapace, further concealing its morphology and even inspiring what paleontologists called the “arthropod head problem.” Apparently, this is something that they’ve argued about for years.

Still, this new find suggests the creature had been “flipped” before fossilization, which I imagine happened in an epic wrestling match with the as-yet-unnamed “hypothetical placental ancestor.” Beneath the carapace, the fuxianhuiid possessed feeding limbs (read: writhing tentacles), which it used to sift through the sediment of the ocean floor and filter them for organic matter like decomposing seaweed. Scientists affectionately call this process “detritus sweep-feeding,” but it could also be used to describe Facebook gossiping.

So let’s have a look at these feeding limbs in profile, shall we?

This could be the oldest example of complex limb manipulation, which all the flailing mandibles and wriggling mouthparts of arthropods have since gone on to perfect — the better to terrify us with. But that’s not all the paleontologists found in these fossils in South China. They also spied what may be the oldest imprint of the animal nervous system, which they identify as “post-cephalic” (beyond the head) because it’s essentially a singular string that runs through the body. Much simpler.

The fuxianhuiid is believed to have existed about 520 million years ago, flitting through the water in short bursts like tadpole shrimps and feeding from the ocean floor. Note that this is about 50 million years before animals crawled from the water onto land. That’s a long time ago. Long enough for the fuxianhuiid to dream wistfully about what its larger, nastier descendants might look like. 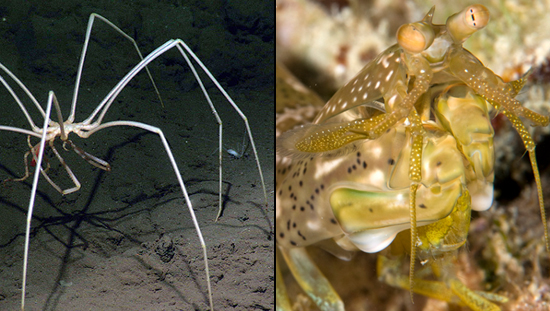 (via Phys.Org, images courtesy Yie Jang, and neptunecanada and hankplank)