Since 2014, Online Harassment Has Gotten More Media Attention … But It Hasn’t Actually Decreased 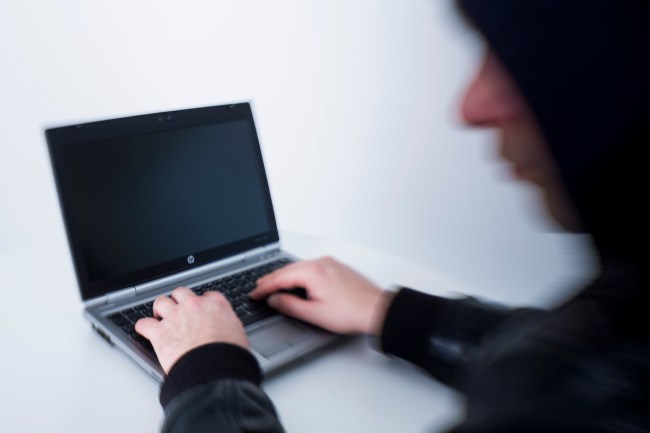 Craig Newmark, founder of Craiglist, understandably cares a lot about online safety. So, he spearheaded a survey to document whether online harassment has decreased since 2014. Turns out? It… hasn’t. 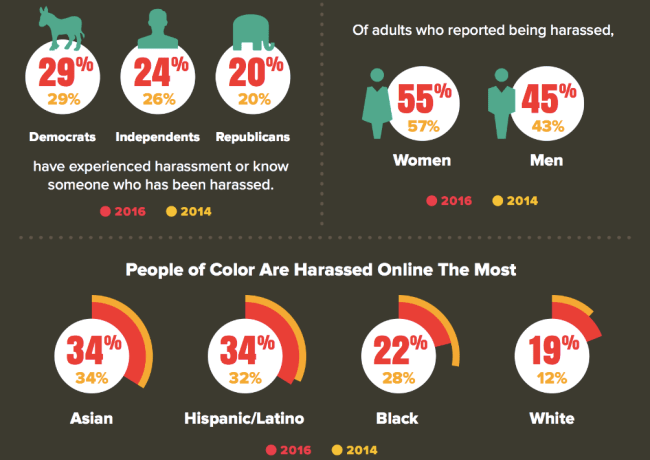 The lack of significant change since 2014 might be surprising to hear, though, given that online harassment has certainly gotten a lot more media attention since then. After all, in August of 2014, the Ferguson protests began and saw a lot of attention on social media–as well as lot of racist backlash against activists who were participating in the movement. In that same month, Gamergate started up, and in the months following, that movement led to tons of attacks on marginalized people who work in games and in the tech industry, as well as other adjacent artistic industries like comics and genre fiction.

2014 was an overwhelming time to be a marginalized person on social media, but it was also an unforgettable time that led to the creation of many different initiatives and foundations geared towards providing better resources for marginalized people who get targeted online–whether for being an activist, or an artist, or a journalist, or really anything. Sadly, many of these initiatives were founded by people who were themselves attacked and who didn’t have any other recourse to aid them, such as TrollBusters, founded by Michelle Ferrier, who faced sexist and racist attacks online during her journalism career. The onus was placed upon marginalized people to help themselves, and many of them did, even with very little institutional or financial support for their efforts to this day.

Online harassment was a significant systemic problem before 2014, but 2014’s cultural flash-points brought the problem to the forefront of people’s minds, with publications and TV networks covering the topic in ways that they never had before. But what did institutions and tech industry leaders do to help?

Well, they did some things–or, at least, they all acknowledged the problem. Twitter instated a new new “Trust & Safety Council” with well-known anti-harassment advocates and experts on board. Twitter also introduced more comprehensive harassment-reporting systems (although these didn’t go far enough, and still don’t, as I said in my coverage at the time). Meanwhile, Facebook created tools for users to fight back against impersonators, Reddit finally gave users the ability to block each other, and this week, Instagram introduced some comment moderation tools (they’re late to the party on that, by the way–their parent company, Facebook, has already had many of the same tools in place for years now). Last April, The Guardian analyzed their comment sections to take note of the patterns behind the worst offenders’ behavior. Yahoo did the same thing recently, then used that data to create an anti-abuse algorithm. These patterns aren’t new, but very few companies seem to be doing anything to combat them.

The tech industry needs to do more than just talk about the problem and back-pat one another for acknowledging it, though. The bad reputation that online harassment provides has led to a loss in users, and therefore a loss in income for these companies. Twitter’s user growth has been stalling for years now, with 2014 seeing a significant drop in new users joining the service. The network hasn’t really recovered since then.

It’s easy to see why. Although Twitter’s Trust & Safety Council garnered a lot of positive press for Twitter, it was never entirely clear what the Council was supposed to do, really, or whether or not anything would change. Meanwhile, in spite of Twitter’s marginal alterations made to harassment reporting, the service has still dealt with several highly visible failures, such as the recent harassment campaign against Ghostbusters star Leslie Jones (which was very predictable, by the way, since Jones has been getting harassed ever since the Ghostbusters trailer came out–you’d think Twitter would have been prepared to protect her after the movie premiered, but nahhhhh). The harassment of Jones led to the banning of one of her most high-profile detractors, but Twitter’s decision to ban just one super-noticeable account isn’t really getting at the root of the problem. They need to do more to push back against the ease with which harassment campaigns can go viral and get framed as dehumanizing spectator events.

Jones’ situation is hardly the only high-profile case, either. Just this week, The Force Awakens star Daisy Ridley quit Instagram after getting harassed for taking a fairly mild stance against “gun violence.” And all this right after Twitter and Instagram have supposedly been instituting better harassment reporting tools. How’s that working out? Not so well, apparently.

Even though we’ve all talked a lot about the problem of harassment online for years now, and companies have made a big show of saying they’ll care, it’s clear from the data that they haven’t really done anything measurable to help people since 2014. And the tech industry isn’t the only institution that ignores the problem of harassment of marginalized people, either. Law enforcement does almost nothing to combat online harassment here in the States–unless the social media posts are speaking out against police brutality, in which case they’ll make sure those posts disappear with a quickness. 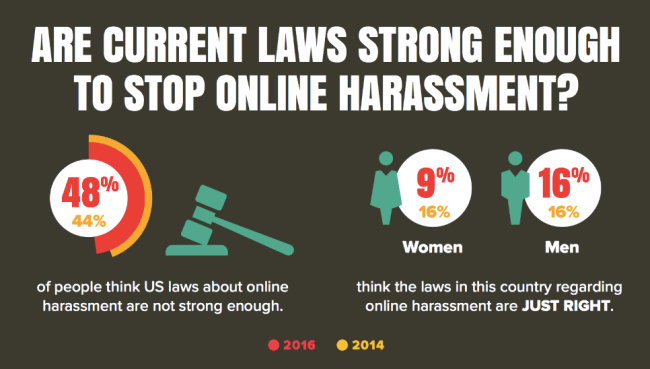 According to this survey, women in particular have noticed that law enforcement doesn’t care about the harassment, stalking, and abuse that happens to people online. Since 2014, even fewer women (only 9% now, compared to 16% in 2014) believe that laws against cyber-crime are adequate. Who could blame them, when the facts bear them out on this? Even though violent threats issued online have been taken to court in other countries, the United States is still behind on this issue.

All in all, it’s been a very depressing day when it comes to fighting for personal safety in the U.S., and it would probably help if any of these institutions would start caring, beyond just saying they’re going to do something.

(via The Daily Dot, image via Bankenverband/Flickr)